Gold, Crude oil, and Aluminium: 3 Commodities to keep an eye on as Russia invades Ukraine

Earlier, Russia had amassed nearly 150,000–200,000 troops along the border of Ukraine and with Putin’s address, big explosions were heard in Kharkiv, Kyiv, and various other parts of Ukraine.

Furthermore, the Russian President also warned other nations that any attempt to interfere with Russia would lead to unprecedented consequences.

Good Read: How a Russian invasion of Ukraine might impact crude oil prices

Weeks-long chaos between both the nations has already buoyed prices of certain commodities in the international market due to supply concerns. Moreover, these commodities may still benefit more with the official announcement of Russian guns blazing. 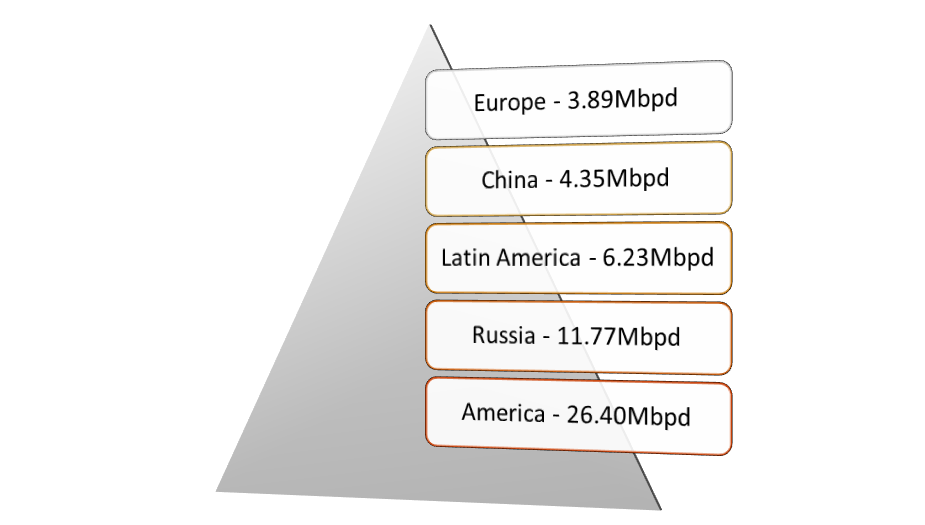 Russia is one of the largest producers of crude oil in the world accounting for nearly 12% of the world's total crude oil supply. The ongoing crisis between Russia and Ukraine has created global supply concerns and pushed the Brent Crude Oil prices near US$100/bbl.

Within hours of the announcement of war being official, Brent Crude oil prices crossed the mark of US$101/bbl, recording gains of 4.71% on the last close. At the same time, WTI Crude Oil jumped 4.61% and last traded at US$96.26/bbl on Thursday.

With rising tensions between both the nations, crude oil prices are anticipated to reach the next level. The US sanctions on Russia could create chaos in the global energy market and may push oil prices to much higher levels.

Gold prices were already uptrending amid rising tensions between Russia and Ukraine. The prices hit near nine-month highs on Tuesday after Putin decided to deploy troops to two breakaway regions in eastern Ukraine.

Not only war prospects, a prolonged higher inflation period that has stoked the yellow metal’s demand as a safe haven investment has also boosted the shine of gold.

On top of that, the official announcement of war has further fuelled the prospect for another gold's bull run. The prices reached a 13-month-high level within hours of Putin's statement. The yellow metal has gained as much as 5.12% in the last one month to trade near US$1,941/oz.

In recent weeks, escalating tensions between Russia and Ukraine have resulted in soaring prices of aluminium as Russia is one of the leading producers of aluminium in the world.

The start of the prolonged war may result in a potential supply shock to the aluminium market, which is already facing a supply crisis. The prices have gained nearly 8.72% in the last one month and currently exchanging hands at a fresh all-time high of US$3,420 per tonne.

The global commodity market has been gaining momentum due to the ongoing crisis between Russia and Ukraine. The official declaration of war by Russia on Thursday further fuelled momentum and pushed prices of gold, aluminium, crude oil, and other commodities to multi-year high levels.