Commodity wrap-up for the week that was

Last week, the prices of both, WTI and Brent crude oil futures slipped to three-week lows as the members of the International Energy Agency (IEA) decided to release millions of barrels of crude oil from their strategic petroleum reserves (SPR) in order to cool down oil prices. The prices of both the benchmarks slipped atleast 0.70% in the last week.

Contrary to this, natural gas prices surged as much as 9.22% while coal surged more than 10% in the last week after European Union countries signed a ban on Russian coal imports and pledged to start working on the Russian oil and gas embargo, putting additional pressure on energy markets. 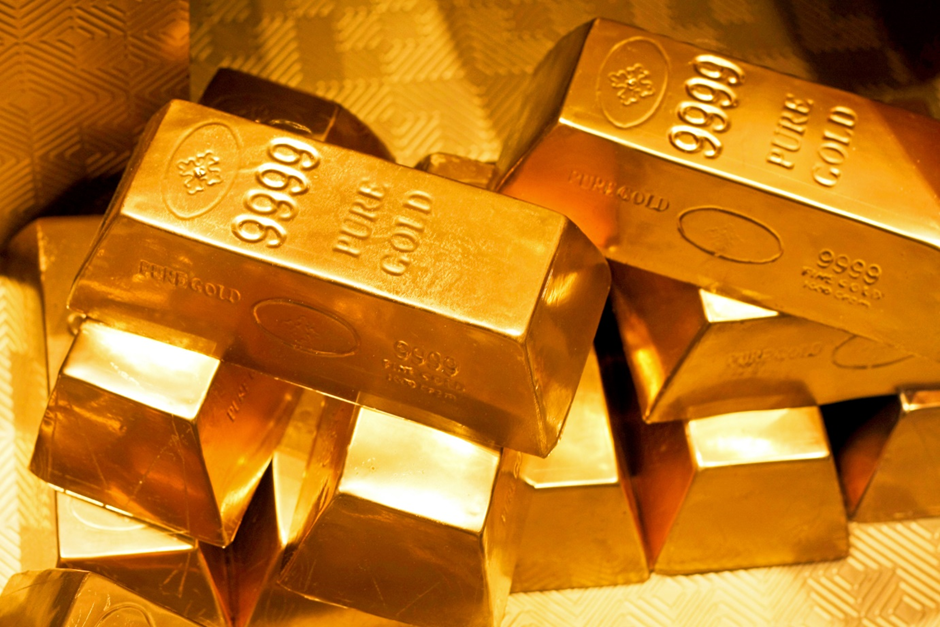 Among precious metals, both gold and silver logged significant gains. The prices of both precious metals gained as the Federal Reserve's aggressive tightening plans countered inflation concerns intensified by the Ukraine war and mounting sanctions on Russia. The latest Fed minutes showed that one or more 50 basis point interest rate hikes could be warranted to combat surging inflation.

Talking about base metals, copper logged a 1.06% weekly gain amid a tight market as investors weighed lower supplies from top producer Chile and supply disruptions caused by the Russia-Ukraine war. The latest COVID-19 outbreak in China also subdued the demand for the red metal. On the flip side, iron ore prices tumbled significantly by 4.94% in the last week due to lower demand in Chinese steelmaking industry amid an ongoing lockdown in China.

Among battery metals, prices of lithium remained stable while nickel gained more than 5% in the last week.

Against this backdrop, let's skim through a few commodities that were popular among traders in the past week. 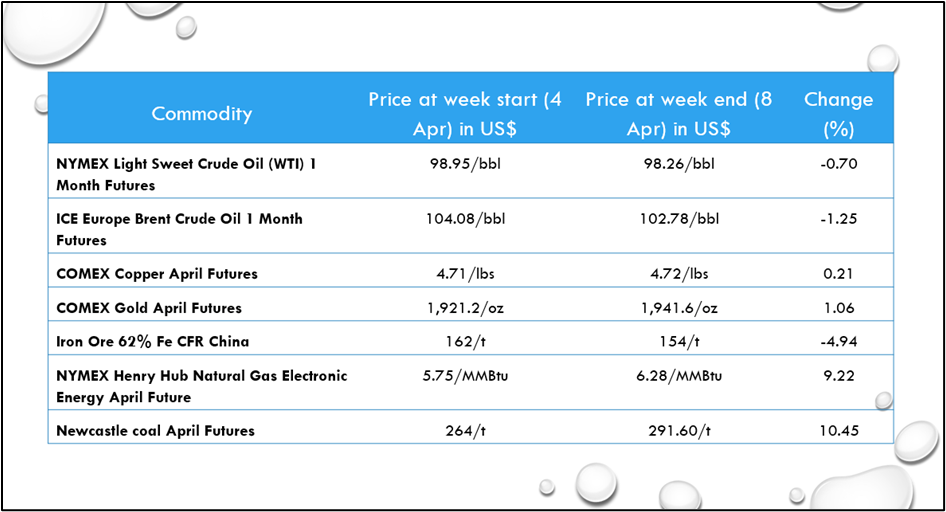 Coal prices surged more than 10% last week as investors weighed future supply concerns after European countries inked a fresh ban on coal imports from Russia and pledged to work on a further set of sanctions on Russian imports including crude oil, and natural gas and nuclear fuel. 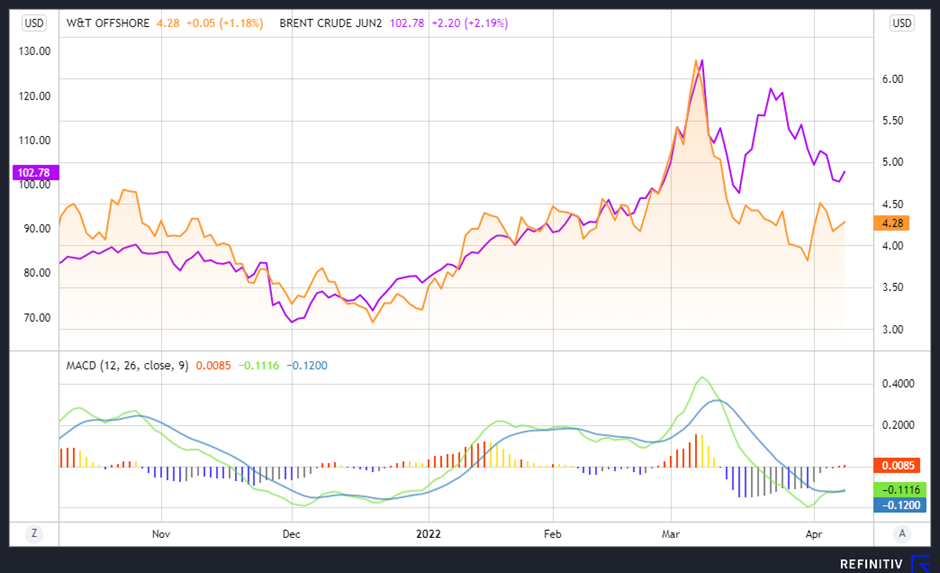 Both crude oil benchmarks recorded significant decline last week amid plans for a massive reserve release, a firm hawkish stance from the Federal Reserve and subdued demand from China, the world's largest importer.