5 TSX tech stocks to jazz up your investment portfolio

Investors often look at the technology sector as it has grown immensely over the last few years.

Some early investors in the tech space reaped notable returns in the long term, which has motivated many others to consider this sector for their investment strategies.

In Canada, the tech sector marked a year-to-date return of 26.344 per cent on Monday, November 8, while companies like Nuvei (TSX:NVEI) and BlackBerry (TSX:BB) noted a stock price surge of over 100 per cent in a year.

Also read: 2 Canadian metaverse stocks that rose over 200% in a year 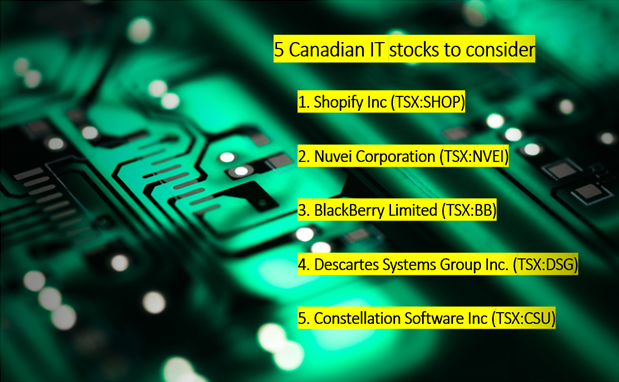 Canadian e-commerce facilitator Shopify Inc provides subscription and merchant solutions to small and medium-sized businesses. It saw its stock close at C$ 1,910.74 apiece on Monday, November 8, after clocking a day high of C$ 1948.2.

In the third quarter of FY2021, its total revenue marked a growth of 46 per cent on a year-over-year (YoY) basis.

Canadian payment technology provider Nuvei Corporation saw its stock close at C$ 144.75 apiece on November 8, up by 5.68 per cent. 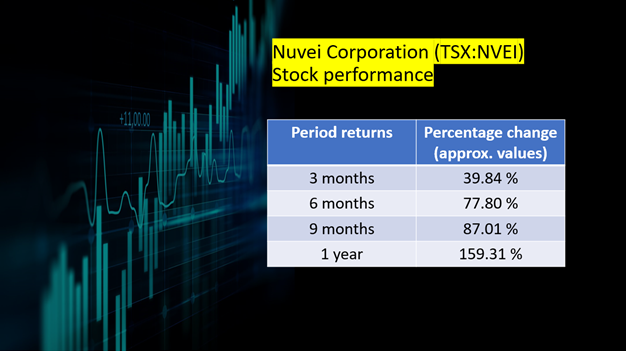 BlackBerry Limited, which was formerly known for its smartphones worldwide, now offers intelligent security software and service solutions to business enterprises and governments.

Also read: Is Facedrive (TSXV:FD) stock a buy after soaring 61% in a day?

DSG stock has expanded by roughly 47 per cent in the past six months, while it gained by about 38 per cent in the last year. On a YTD basis, it has yielded a return of more than 43 per cent.

Constellation Software, which is headquartered in Toronto, recorded an ROE of 40.33 per cent and an ROA of 7.55 per cent (as of November 9).

The company is supposed to dole out a quarterly dividend of US$ 1 apiece to its shareholders on January 11, 2022.

As the pandemic triggered a digital revolution worldwide, the Canadian technology space could perform even better in the future.

However, investors are advised to research about a company, its operations and financials to evaluate whether the stock is fundamentally sound or not.