Circle K owner Alimentation Couche-Tard Inc (TSX: ATD) is reportedly discussing a merger with the UK retail company to increase its retail footprints and help in achieving its five-year plan to double its size.

In contrast, some people doubt if it would result in a deal. However, this merger speculation in Canada's retail landscape could draw investors' attention to retail stocks. Here are five well known Canadian retail stocks, and let us discuss them.

Alimentation Couch-Tarde currently owns and operates over 14,200 stores in more than 26 countries under three brands, Couch-Tard (its flagship), Circle K and Ingo. The company saw its net profit jump by 22.9 per cent year-on-year (YoY) to US$ 746.4 million in Q3 FY2022.

In March, the Laval-based retailer was awarded the winner of the 2022 Gallup Exceptional Workplace Award (GEWA).

Higher Relative Strength Index (RSI) value, generally above 70, denotes that a stock is overbought in the market and vice versa. ATD stock has an RSI value of 60.60 as of writing on May 2, as per the Refinitiv data. ATD scrip spiked by over 39 per cent in the last 12 months.

Stocks of Dollarama fell to C$ 71.55 on Monday, May 2, after approaching a resistance level of C$ 77.70 in April, according to Refinitiv. The data also indicates that DOL stock held an RSI value of 46.54 on May 2. DOL stock swelled y nearly 25 per cent YoY.

Stocks of Metro gained by almost 25 per cent in a year. MRU stock held an RSI value of 45.38 on May 2 based on Refinitiv data.

George Weston galloped by nearly 46 per cent in the past 12 months. WN stock rose from its January and February support level of approximately C$ 130 in March based on Refinitiv findings. WN stock held an RSI value of 53.81 as of May 2 as per the data.

Loblaw's Shopper Drug Mart announced to opt paper-based packaging solution instead of unrecyclable packaging for its President's Choice® and no name® coffee products.

Loblaw stock was up by nearly 71 per cent in a year. L stock recorded an RSI value of 55.18 on May 2, according to Refinitiv data. 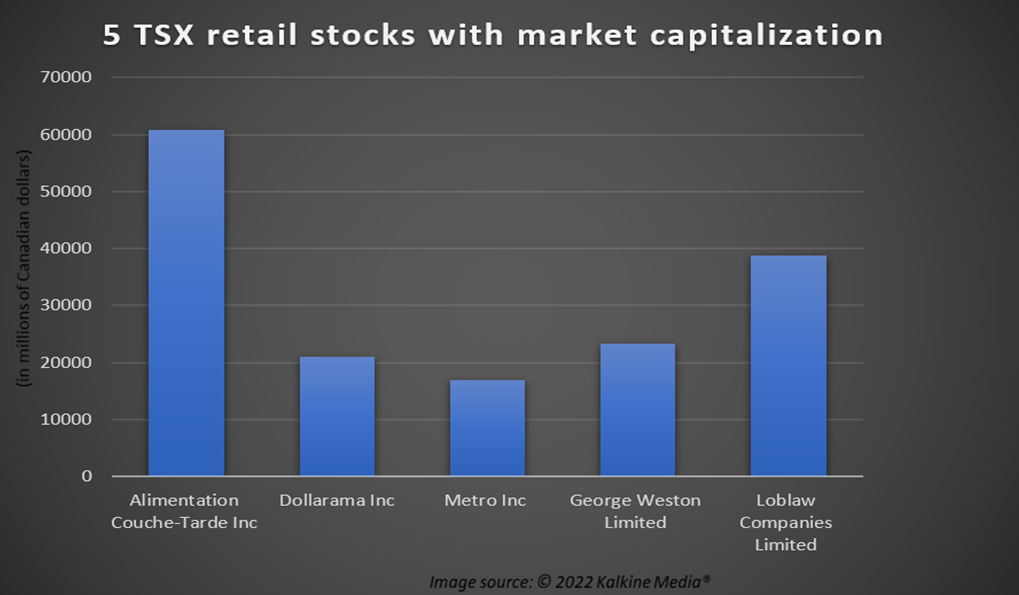 Trendlines of these five TSX retail stocks (as per Refinitiv) suggest an upward trend over the last year, despite COVID and economic challenges. However, they have held different RSI values at different points of time during the past 12 months. This indicates that the prevailing market dynamics can significantly impact any stock and investors' sentiments.