Penny stocks offer investors a cheap investment option where they may be able to tap into the stock’s growth potential.

Their growth, because of the companies’ generally smaller market capitalization, could turn profitable during periods of a sudden improvement in the business environment. However, penny stocks come with a certain level of risk, which is why investors should look into companies before making their investments.

Now, let’s look at some penny stocks from various sectors that could offer returns without blocking a chunk of investible money.

Starr Peak Mining is a penny stock that has grown about 444 per cent in the last one year.

The company, with a market cap of about C$ 144 million, offers exploration-stage mining services including identification, acquisition, and exploration of mineral properties.

Junior energy company Desert Mountain Energy’s stock grew 1000 per cent in the last one year. Its returns in the last 30 days touched 2.46 per cent, as per the scrip’s previous close on Thursday, May 27.

The company, largely involved in rare earth gas and helium exploration in the US, has a market capitalization of about C$ 254 million, as per TSX data. 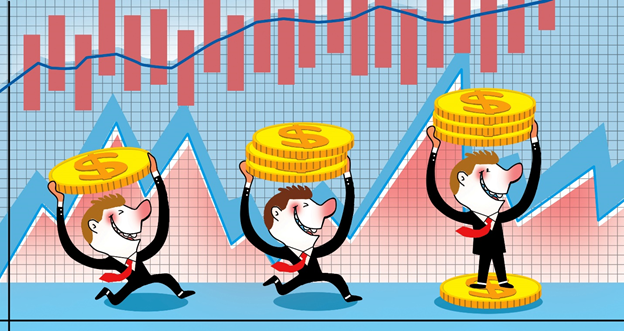 The junior healthcare player, with a market capitalization of about C$ 123 million, saw its stock return over 112 per cent in the last one year.

The company’s cash on hand also rose slightly in the latest quarter to touch C$ 26 million.

CurrencyWorks Inc, a fintech firm with a market capitalization of some C$ 133 million, grew over 3500 per cent in the last one year to close at C$ 2.55 on Friday, May 28.

The company’s stock growth has been on an uptrend, particularly from 2021-start.

The fintech player recently signed a pact with Restaurant.com to build a platform for celebrity chefs, restaurants, among other players in hospitality industry. This order will reportedly fetch the company about C$ 250,000.

Metals and mining company Vizsla Resources Corp has registered a stock price growth of about 80 per cent in the last one year.

Its market capitalization stands at about C$ 221 million, with a 10-day average trading volume of nearly 794,000 shares.

The company, on Wednesday, May 26, announced entering an agreement with Canaccord Genuity Corp to announce a bought deal financing agreement, leading to proceeds of about C$ 60 million.

This agreement will help the company advance the exploration and development process of a project in Panuco, Mexico, apart from funding its working capital and general corporate expenses.

Stocks of Gold X Mining have been operating in their higher circuit, albeit with some volatility. The stock holds a market capitalization of about C$ 188 million, as per TMX.

The junior mining company is involved in the development of a 53,844 hectare- gold project in Guyana, South America.

Decklar Resources Inc is presently trending high on the TSX among stocks with high return on equity (ROE).

The company, operating in the oil and gas sector, has a market capitalization of about C$ 97 million, as per TSX data.

Gold Mountain Mining, operating in the basic materials sector, has been on an uptrend since its listing on the Toronto Stock Exchange in December 2020.

While the stock’s growth has been on an upward trend since its listing, the uptick in returns has been robust starting April 2021.

The TSX Venture company, involved in gold and silver exploration and development, has a market capitalization of around C$ 142 million.

The junior energy company’s stock price growth trend has been quite upbeat, particularly from the 2021-start. The stock grew about 133 per cent year-to date, closing at C$ 3.41 on Thursday.

The company, with market capitalization of C$ 272 million, is focused at exposing itself to uranium pricing via investments in uranium interests.

It recently started trading its shares on NASDAQ under the ticker symbol ‘UROY’, while continuing its listing on TSX Venture exchange.

The small-cap mining exploration company has garnered much investor interest. This is reflected in its 10-day average trading volume of nearly 1.4 million shares, as per TMX.

The scrip’s growth has been fairly stable in the last one year, with a sharp uptick seen towards April-end. It touched its 52-week high of C$ 1.32 on May 26.

Its market capitalization, as per TSX data, is about C$ 164 million.