Bank of Nova Scotia (TSX: BNS), alternatively known as Scotiabank, is trending on the stock markets in the light of its latest quarter earnings results released on Tuesday, March 1.

Let us discuss the financial performance of Scotiabank in Q1 FY2022 in detail. 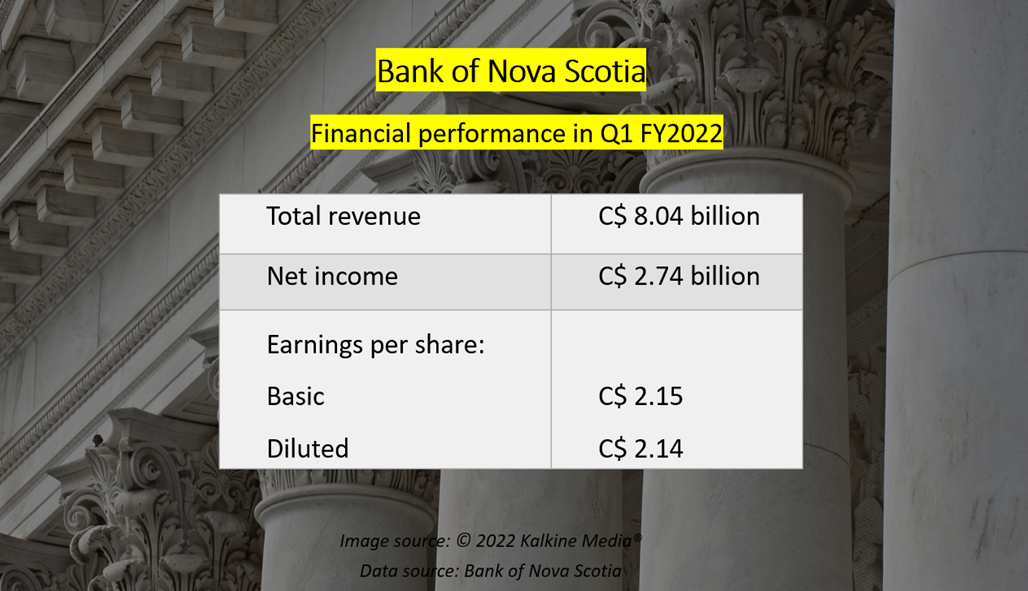 Adjusted net earnings for its global wealth management segment was C$ 419 million, while that of its global banking and markets division was C$ 561 million.

Stocks of Scotiabank closed at C$ 91.85 per share on Monday, February 28, with 3.82 million shares switching hands during the session.

BNS stock shot up by over 23 per cent in the past 12 months.

Scotiabank added that it is “well capitalized and positioned” to carry on its growth strategies, with its Common Equity Tier 1 (CET1) capital ratio standing at 12 per cent.

The lender also announced a quarterly dividend of C$ 1 per share, scheduled for payment on April 27.