El Salvador recently made Bitcoin its native currency. This development has triggered a conversation around the chances of the largest cryptocurrency replacing fiat currencies as legal tender.

There are a few important factors to note regarding this speculation. One of them is El Salvador’s current status as an under-developed country. Its gross domestic product (GDP) presently stands at US$ 24.61 billion, which is about four per cent of Bitcoin’s market cap of US$ 600 billion.

Thus, it is unlikely that El Salvador’s move will influence developed nations to adopt Bitcoin as an alternative to fiat currencies.

Some institutional investors treat Bitcoin as a digital asset class. The Canadian revenue agency, for one, treats Bitcoin as a commodity that is available in exchange for fiat money.

Volatility, however, remains a massive issue with cryptocurrency. While Bitcoin has recorded double-digit fluctuations recently, conventional currencies remain much more stable in comparison.

When it comes to fiat currencies, a primary focus also lies on its circulation. Bitcoin developers, also known as ‘Satoshi Nakamoto’, have kept a capped maximum supply of 21 million tokens. Currently, there are 18.76 million tokens of Bitcoin in circulation at US$ 32,000 apiece.

The crypto token dropped more than half in value in less than a quarter, representing intolerable volatility for most fiat currency users.

Will Bitcoin be the future currency?

Central banks regulated currencies go through liquidation, appreciation and depreciation. Fiat currency notes can be printed in abundance, and there is no upper limitation on their circulation.

For this reason, Bitcoin, with its fixed-supply model, is unlikely to replace conventional currencies in the foreseeable future.

Bitcoin comes with other drawbacks as well, such as lost hardware (Cold wallet), lost private key, online frauds, money laundering, illegal funding, etc. Regulated currency provides safeguard to these issues to an extent. On top of that, central governments also work closely on not letting currencies go out of their reach.

Fast and secure transaction through Bitcoin may improve in the future following revolutionary changes, but as of now, it comes with its baggage. 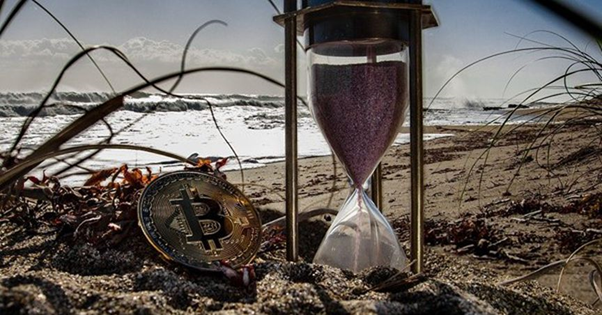 Central Bank Digital Currency (CBDC) has the potential to take over fiat currencies 30 years down the line. CBDCs are likely to trade as blockchain technology-powered stablecoins that are less volatile in nature.

China has already banned cryptocurrencies as payments and launched its own blockchain-based digital currency. The US and Canadian central banks have also been exploring CBDC options.

CBDC will reduce the role of intermediatory in the payment ecosystem. Hence, private cryptocurrencies could face huge regulatory resistance in the upcoming years.

Bitcoin could get recognized as an asset class or digital commodity as a whole in the long run, but replacing fiat currency, at least from the present perspective, looks like an unlikely transition.