The times are turbulent for the stock market worldwide due to several headwinds. Even before completely emerging from the effects of the pandemic, the war broke out between Russia and Ukraine leading to a massive supply chain disruption.

The geopolitical tensions and rising inflation have impacted the stock market, which saw established companies crumble during the year's first half.

So, for a new investor, it can be daunting to enter the market. They should carefully analyze the stocks of companies before deciding.

Here are a few stocks explored by Kalkine Media®:

goeasy has a market cap of C$ 1.9 billion and distributes a dividend of C$ 0.91 per share quarterly.

Royal Bank of Canada is a global financial services firm and is the largest Canadian bank by market valuation. The 89,000-strong employees' company serves more than 17 million customers worldwide. It has a market capitalization of 177.095 billion.

The RY stock rose over 0.63 per cent year-to-date (YTD), while over the past month, it increased more than four per cent. 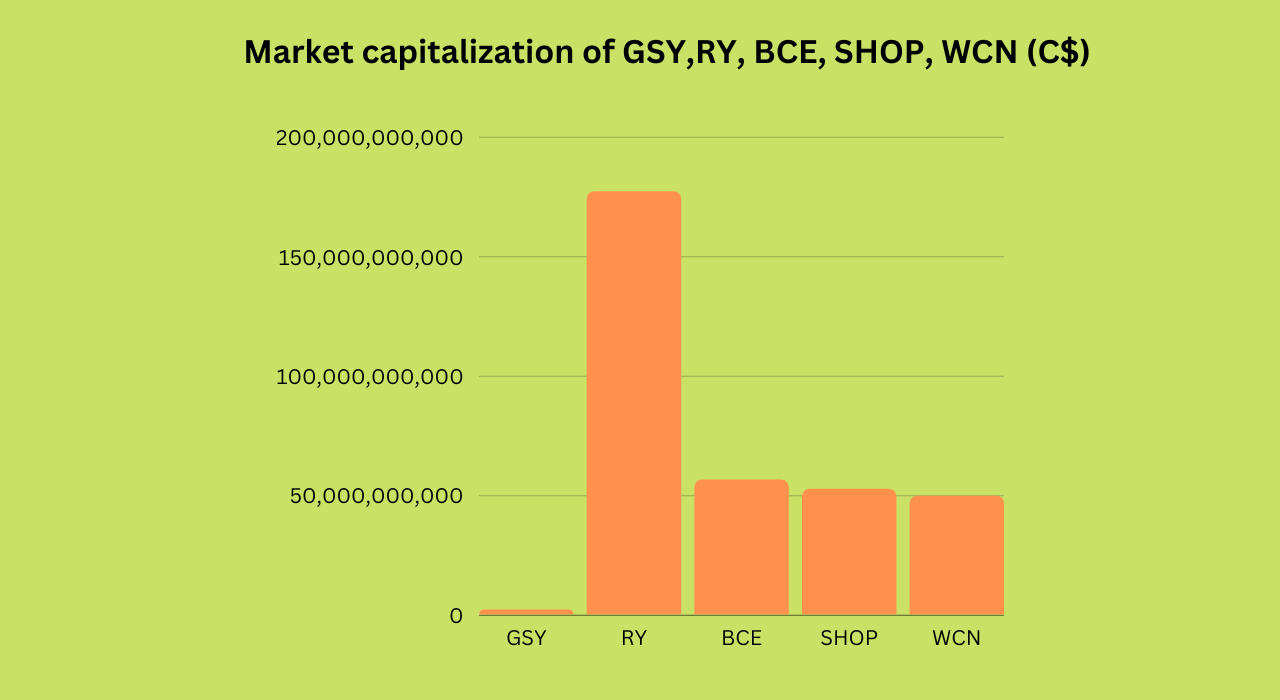 BCE Inc. is a holding company for Bell Canada, comprising telecommunications providers and many mass media assets. It was formerly known as Bell Canada Enterprises Inc.

While the BCE stock tumbled by over 6.18 per cent YTD, it decreased by 2.41 per cent in the current quarter.

As per Refinitiv data, BCE stocks had a Relative Strength Index (RSI) of 61.74 on September 21, 2022. This indicates that the stock may have a stable market condition currently.

In the 2nd quarter of 2022, BCE Inc.’s media revenue grew 8.7 per cent with 5.6 per cent adjusted EBITDA growth. The company’s digital revenue also increased by 55 per cent.

Shopify Inc. is a Canadian global e-commerce company based out of Ottawa, Ontario. Shopify is the e-commerce platform for virtual stores and retail POS (point-of-sale) systems.

Shopify is a C$ 52.5 billion market valuation company. On a yearly basis, the SHOP stock declined by over 77.47 per cent. However, in the latest quarter, it rose by over two per cent.

The company’s total revenue in Q2 2022 rose by 16 per cent YoY to C$ 1.3 billion. Meanwhile, its monthly recurring revenue (MRR) for Q2 FY22 was C$ 107.2 million, up by 13 per cent year-over-year. It was attributed to a higher number of merchants joining the platform and the jump in the number of retailers using POS Pro.

Waste Connections is a provider of solid waste and recycling services in North America that entered the Canadian market in 2016, merging with Progressive waste. The firm generated 14 per cent of the consolidated revenue from its Canada operations.

Waste Connections posted revenue of C$ 1.816 billion in the 2022 second quarter, up 18.4 per cent from the corresponding quarter a year ago.

Investing has become challenging as the market has remained volatile since 2022. Even seasoned investors are wary of picking stocks in a bearish market triggered by rising inflation, macroeconomic factors, and interest rates.

The constant fear of a looming recession has also impacted the market. So, as new investors, it is even harder. One should do a proper analysis of the fundamentals of the companies before making any decision.

Please note, the above content constitutes a very preliminary observation based on the industry and is of limited scope without any in-depth fundamental valuation or technical analysis. Any interest in stocks or sectors should be thoroughly evaluated taking into consideration the associated risks.