Amid the climate change concerns and power crisis, many investors are exploring clean energy stocks amid expectations that they can gain momentum in the future.

The rising awareness among people about environmental threats has driven change individual choices and improved the way corporates work. Hence, the renewable and clean energy industry and its growth potential may be something to look at closely.

So let us explore some TSX-listed green stocks that could be on your radar due to their growing operations. 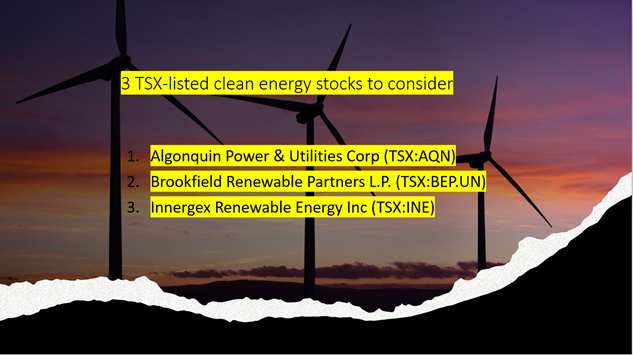 The clean energy stock experienced a year-over-year (YoY) decrease of about 12 per cent and a year-to-date (YTD) fall of more than 14 per cent. It slipped nearly 10 per cent in the past six months and dropped by more than six per cent in the last month.

Despite its recent the stock performance, AQN is ranked among the top actively traded stocks on the TSX at the moment, with a 10-day average trading volume of 2.6 million on October 27.

Algonquin Power could also be one clean energy company to watch given its expanding operations. 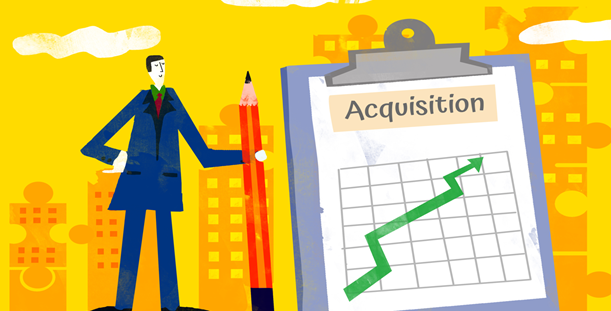 The deal included Kentucky Power and AEP Kentucky Transmission Company Inc. for a total transaction amount of approximately C$ 3.523 billion (with a debt assumption of some US$ 1.221 billion).

Some market experts believe that as the company is expanding its business operations, its stock performance could get bolstered.

On the financial front, Brookfield Renewable posted a YoY surge of 23 per cent in its funds from operation, which amounted to US$ 268 million in its latest quarter.

In addition to this, the company has signed 28 corporate contracts to generate approximately 800GWh of renewable energy.

At the time of writing this, Innergex posted a dividend yield of 3.524 per cent.

On October 25, Innergex, jointly with Hydro-Quebec subsidiary HQI US Holding LLC, acquired the 60 MW Curtis Palmer hydroelectric portfolio for a total consideration of US$ 318.4 million.

The 50-50 acquisition deal with Hydro-Quebec is expected to earn an average annual adjusted EBITDA of C$ 52.5 million.

A considerable number of renewable and energy companies are persistently expanding their businesses to tackle the environmental challenges and reduce the ill-impacts. Furthermore, these companies are the need the hour amid rising climate and environmental concerns, making them a significant industry of the future.

The said, investors should research the company, its business operations, financials, and fundamentals to evaluate whether the stock is worth investing in or not.