With this all-cash acquisition deal of US$ US$ 68.7 million, Microsoft expects to become the third biggest gaming company after Tencent and Sony in terms of revenue generation.

The tech giant plans to launch Activision Blizzard games under its Game Pass portfolio, which can bolster its gaming footprints in the booming video gaming industry.

With this big merger in the gaming world, which triggered quite a movement in the stock markets on Tuesday, let us look at two Canadian gaming stocks and how they performed amid this Activision-Microsoft deal.

Enthusiast Gaming Holdings generated a revenue of C$ 43.3 million in Q3 FY2021, which was up by a whopping 165 per cent from that of C$ 16.3 million a year ago. The gaming company saw its direct sales increase by as much as 580 per cent year-over-year (YoY) to C$ 6.8 million in the latest quarter.

Enthusiasts Gaming also noted a YoY surge of 85 per cent in its paid subscribers to 0.207 million in the third-quarter ending on September 30, 2021.

Stocks of Enthusiast Gaming plummeted by almost four per cent to C$ 3.1 apiece on Tuesday, bringing its year-to-date (YTD) decline to nearly 16 per cent.

On Tuesday, the Vancouver-based gaming company acquired all stakes in N3TWORK in Funko Pop! Blitz to strategically expand its mobile game offerings. East Side will add this pop-culture game to its premium IP games.

Stocks of East Side Games Group closed at C$ 3.39 apiece on Tuesday, bringing its one-year gain to nearly 51 per cent. 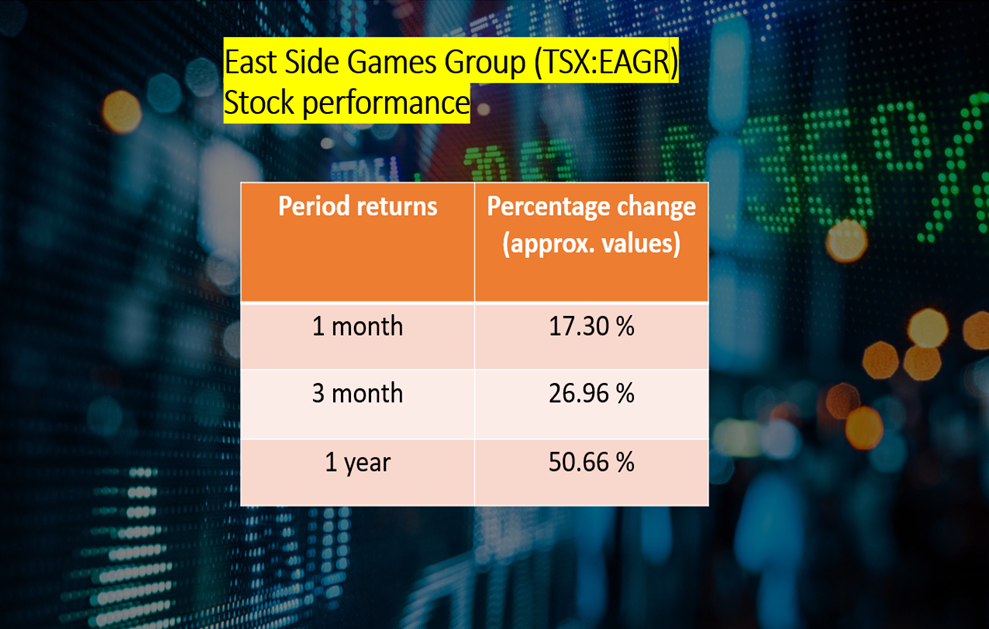 Microsoft CEO Satya Nadella noted on Tuesday that as a “dynamic and exciting” category in the entertainment industry, gaming will likely play a significant part in the emerging metaverse platforms.

Nonetheless, investors should delve beyond market trends and research a company’s profile before investing to minimize their chances of a loss.