The Royal Bank of Canada (RBC) (TSX:RY) has reclaimed the title of Canada’s most valuable company from e-commerce giant Shopify Inc. (TSX:SHOP), which had advanced to the top spot in May last year amid a tech rally.

The RBC has covered the lost grounds after tech stocks saw consecutive weeks of decline amid a brightening prospect of economic recovery. Technology companies saw their sales soared during the lockdown as they ramped up online operations to target customers stuck in home confinements.

According to an estimate, the combined value of NASDAQ-listed tech companies had grown by 40 percent during the pandemic last year. Stocks of Tesla, Facebook, Amazon, Zoom Video, Lightspeed POS, and others had climbed at a record pace compared to their peers in other sectors.

That status-quo has changed now as restrictions were lifted and the economy began to emerge from the covid cloud. Sectors that are traditionally sensitive to the economy, like banking, are making a strong comeback. The 10-year Canadian bond yield hit a high of 1.538 percent on Monday, pointing at the growing optimism of investors about the opportunities that lay beyond the safe-haven assets. 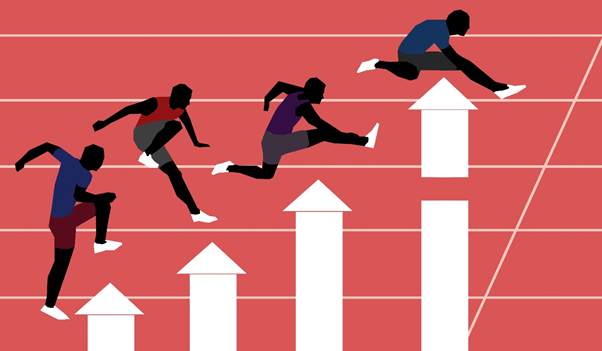 This shift has brought a dramatic change in the fortunes of these two companies. While Shopify's value fell to about $153 billion, Royal Bank’s worth rose to $163 billion to reclaim the top place on Monday. Shopify’s share value dropped 27.5 percent from its peak of C$1,900.58 on February 10. Conversely, RBC shares (TSX:RY) gained 7 percent in the last 30 days. It was trading flat on Tuesday.

Although tech stocks have declined from their peaks last year, they still hold a significant value. A stable economy, however, benefits the financial sector as borrowings and market activities grow.

The RBC, incorporated in 1869, has been the largest publicly traded company in Canada for years, but on occasions, companies had surpassed the bank. Companies that had surged past Canada’s largest bank in the recent past included BlackBerry Ltd. in 2007 and then Valeant Pharmaceuticals International Inc. in 2015, which has since been renamed Bausch Health Companies Inc.

Despite the recent pullback of technology stocks, Shopify (TSX:SHOP) remains a strong growth stock. In the fourth quarter ended December 31, 2020, its revenues grew by 94 percent to US$977.7 million, compared to the corresponding period in 2019. The stock was trading at C$1431.06 per share on Tuesday, nearly 5 percent up from the previous close.

Royal Bank, which operates in the US and other countries besides Canada, had recently won the inaugural Celent Model Sell Side Award for developing and AI-powered trading platform.