May 5 is designated as the Missing and Murdered Indigenous Women (MMIW) Day to raise awareness on the issue of missing and murdered indigenous women and girls.

In the United States and Canada, people raise awareness through marches, meetings and self-defence training for women and girls. It is believed that the MMIW human-rights crisis affects the lives of indigenous communities in both countries.

On that note, we have shortlisted five TSX-listed stocks that support indigenous communities:

The stock of the Canadian utility holding company has been rising over the past few weeks, and it is involved in providing electric, gas, and infrastructure solutions.

ATCO's Relative Strength Index (RSI) value is 61.1 as per the Refinitiv data. Some analysts believe that an RSI value of 30 indicates an overselling condition, and a value of 70 represents that the stock is being oversold.

However, the current RSI value of the ACO.X stock indicates that it is in the buying zone. The utility has gained around seven per cent year-to-date, and it closed at C$ 45.63 per share on May 5.

Ontario-based Bird Construction was established in 1920, and it acts as a general contractor in the construction sector. The company majorly takes the project in the commercial and industrial sectors. 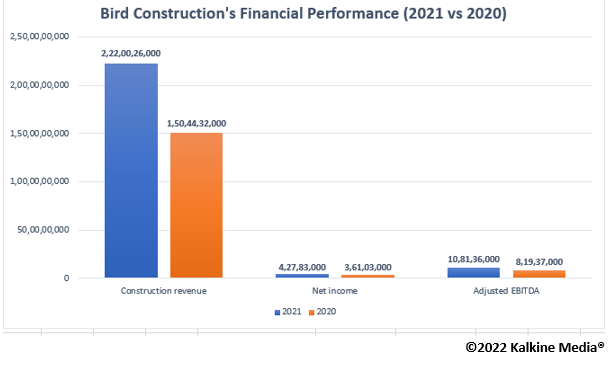 Bird Construction's return on equity (ROE) is 19.4 per cent, and generally, if a company's ROE is over 15 per cent, it is considered to be in good shape. At market close on May 5, the BDT stock was priced at C$ 8.44 per share.

The company has mining operations in Canada and the United States. It is involved in the production of copper concentrate, which comprises zinc metal, silver, copper, and gold.

Hudbay Minerals distributes dividends semi-annually and has a dividend yield of 0.253 per cent. At the end of the trading session on Thursday, the HBM stock closed at C$ 7.9 per share.

It is one of the largest banks in Canada and remains an active volume stock. On May 5, the BMO stock's volume was 1.92 million shares, and it was priced at C$ 135.16 per share.

When interest rates are being hiked, the investors often select financial stocks to generate passive income. The BMO stock has a history of paying dividends and could help generate some extra money.

Bank of Montreal last paid a quarterly dividend of C$ 1.33 per unit, and its dividend yield is about four per cent. In the last five years, the dividend grew by 5.7 per cent.

In Canada, the oil and gas companies are quite popular among investors, and Imperial Oil Limited has attracted investors' attention since the beginning of this year.

On Thursday, 1.89 million IMO shares exchanged hands on the Toronto Stock Exchange, and its RSI value was 65.5, according to Refinitiv data.