Conventionally, one of the best-known investing strategies is to buy a stock and hold it keeping a long-term view of the stock. This is known as the buy and hold strategy.

The innovations in finance and the development of financially engineered products have contributed to the imagination of market strategists. Some innovative investment strategies were thus developed in recent times.

Some investors replicate these techniques from other investors. One such strategy is a short squeeze, which can influence the price of a stock rather.

Here, we explore some such stocks that have can see a short squeeze event materialize.

Tucows is a technology company operating under two reportable segments: network access service and domain services. The company earns revenue in the form of registration fees selling internet domains and mail services. It held a market cap of over C$ 1 billion.

Over the past year, the stock price only increased by nearly 11 per cent.

The net revenue from domain and internet businesses increased by five per cent and 4 per cent, respectively, year-over-year, the company said.

Maxar Technologies is scheduled to pay its next set of quarterly dividends of US$ 0.01 apiece to its investors on September 30, 2021. The dividend yield was 0.13 per cent.

The senior management announced two new customer contracts who would subscribe to its access program for satellite imagery tasking services.

The increase in revenue for the quarter was attributable to the rise in revenue from international defense and customer intelligence programs, the company said. Moreover, revenue from new commercial contracts was also materialized.

The valuation parameters highlight that Maxar Technologies Inc. holds a price-to-earnings (P/E) ratio of 589 and a return on equity (ROE) of 0.55 per cent.

Also Read: A look at a few leading Sectors for long term investments

Blackberry Limited was previously only a smartphone manufacturing company but has now ventured into other segments like the automobile industry, industrial products, and healthcare. Blackberry holds a market cap of C$ 6.92 billion and 566.41 million outstanding shares (at the time of writing it).

In the last three months, the stock price climbed up by 16 per cent, but it rocketed nearly 93 per cent over the past year.

As per the latest press release, Blackberry issued a public advisory notice identifying an issue with multiple Real Time Operating Systems (RTOS) including an older version of its operating system. 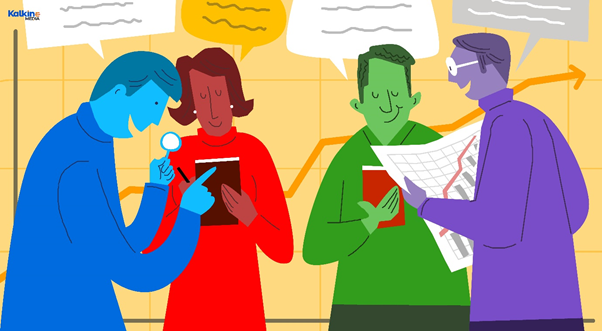 Ceridian HCM Holding is a Canada-based human resource and payroll management company. The company is on the verge of implementing a cloud-based platform for its clients. It holds a market cap of C$ 19.68 billion and 149.86 million outstanding shares.

The stock price climbed up nearly 8 per cent in the last six months, whereas it jumped up by 36 per cent over the past year.

First Majestic Silver Corp announced to pay quarterly dividends of US$ 0.006 apiece on September 16, 2021, to its shareholders. The dividend yield was close to 0.2 per cent.

Also Read: 3 Canadian stocks to buy that grew more than 100 per cent YTD

Westshore Terminals Investments Corporation deals in coal extracted from mines and runs a coal storage and loading terminal division. The coal is shipped to Korea, China, and Japan. The company holds a market cap of C$ 1.35 billion.

The company is set to build infrastructure to build potash that includes storage building, a dumper and conveying systems.

On the valuation front, Westshore Terminals held an EPS of 1.84, return of assets (ROA) of 9.65 per cent.

Great-West is one of Canada’s renowned life insurance companies providing individual and group insurance. It operates in the US, Canada, and Europe. The life insurance firm held a market cap of C$ 36.61 billion and 929.64 million outstanding shares.

The company is expected to issue the next set of quarterly dividends of C$ 0.43 apiece on September 30, 2021.

This metal and mining company explores and develops gold properties in North America and has various mineral resource projects in that region. It held a market cap of C$ 1.7 billion.

Seabridge incurred a net loss of C$ 4.29 million in the March quarter of fiscal year 2021.

The risk and return appetite of investors varies. It is thus advisable to look at and consider the risk-taking ability individually rather than replicating short term strategies that promise big money in no time.