Before considering any penny stock, investors must do a background research of the company, its financials, the management’s long-term plans and other critical details. One must also take into account the microeconomic and macroeconomic factors that define market trends.

The company has a current market capitalization of C$ 106.3 million and is trading at C$ 2.71 apiece.

The mining firm announced that it will raise C$2 million through non-brokered private placement offering. It also reported the discovery of a high-grade copper-gold extension at the company-owned mine in Gate Zone, southern British Columbia.

Mining company Teck Resources Limited recently announced strategic investment of C $10.5 million in Kodiak via private placement for a 9.9 per cent stake in the company.

Kodiak is the sister company of Great Bear Resources (TSXV-GBR) and a part of Discovery Group of Companies. The company’s assets are spread out in Canada’s southern British Columbia and Nunavut, and USA’s Arizona.

The company changed its name from Dunnedin Ventures to Kodiak Copper in April 2020.

Nano One Materials in another penny stock that ranks well on the lists of Rising Stars and Junior Basic Materials (a list of micro and smallcap basic materials companies). The company produces low cost, high performance cathode powders that is used in lithium ion batteries.

The company has a market capitalization of C$ 222 million and is currently trading at C$ 2.82.

The scrips have been riding high with the recent push towards green energy and zero emission economy, gaining 140+ per cent year-to-date. The stocks have advanced by 26.4 per cent in the last three months and up 168 per cent in six months. 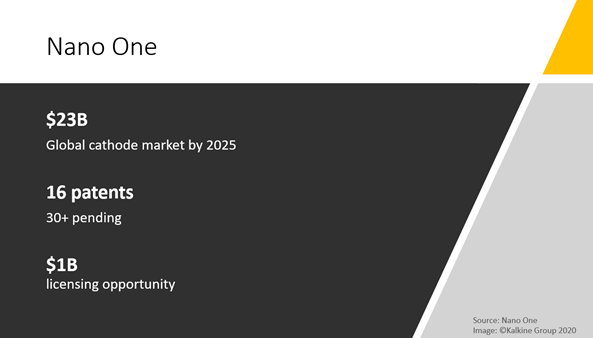 The company has partnered with German automaker Volkswagen for expansion into electronic vehicle segment, China’s Pulead and France’s Saint Gobain.

This British Columbia-based company debuted on TSXV in March 2015 at C$ 0.25 a share. In the last five years, the stocks have skyrocketed by over 1000 per cent.

The company recently completed milestone 1 of "Scaling Advanced Battery Materials" project, which is supported by Sustainable Development Technology Canada (SDTC). It will now advance to milestone 2 and received a funding of C$2.8 million from SDTC and others for the same. It also received aggregate proceeds of C$ 3 million from the exercise of 2,160,811 warrants and options.

CloudMD stocks are among the most active shares across the TSX and TSXV, recording two million average trading volumes in the last 10 days. It also ranks high on TSXV’s Rising Star list and Top Healthcare stocks (a list of healthcare companies outperforming their peers).

Stocks of this SaaS-based health care technology company has been able to capitalize on the current pandemic crisis with more patients turning to online consultations.

CloudMD debuted on the TSXV in June this year and has since then gained an impressive 175+ per cent growth.

The company plans to acquire 87.5 per cent of Benchmark Systems, an artificial intelligence-powered cloud software dealing with practice management, billing and telehealth enabled electronic health record provider. With this acquisition, the company aims to gain a foothold in US markets. Benchmarks has an established network of 200 clients, 800 physicians, 5.5 million patient charts across over 35 states in the US.