Some Canadian investors are showing an increased interest in green packing stocks since the Trudeau government, on Monday, June 20, outlined a plan to ban single-use plastics. According to its final regulations, certain plastic items, including checkout bags, cutlery, certain food service ware that is hard to recycle, etc will be prohibited from production and import in Canada effectively from December 2022.

Winpak is a Winnipeg-headquartered firm that produces and sells packaging materials, including plastic-based products and equipment. In March, however, the C$ 2.6-billion market cap firm signed an agreement with PureCycle Technologies (NASDAQ: PCT, PCT: US) for Ultra-Pure Recycled (UPR) Polypropylene to ensure a ‘circular economy’.

WPK stock zoomed by roughly 12 per cent in the last six months. Refinitiv data appears to be on a consolidated trend, with WPK stock attaining higher highs and lower lows since mid-February. WPK’s Relative Strength Index (RSI) was at a moderate level of 49.32 on June 20.

Cascades posted sales of C$ 1.03 billion in Q1 2022, higher than C$ 942 million in the same quarter of the previous year. However, the packaging company reported C$ 15 million of net loss as its operating income declined to a negative C$ 2 million in the latest quarter due to depreciation and amortization expenses (as operating income before depreciation and amortization was C$ 58 million).

CAS scrip plunged by over 27 per cent year-to-date (YTD). As per Refinitiv, CAS held an RSI value of 43.78 on June 20, supported by increasing trading volume over the last two days. 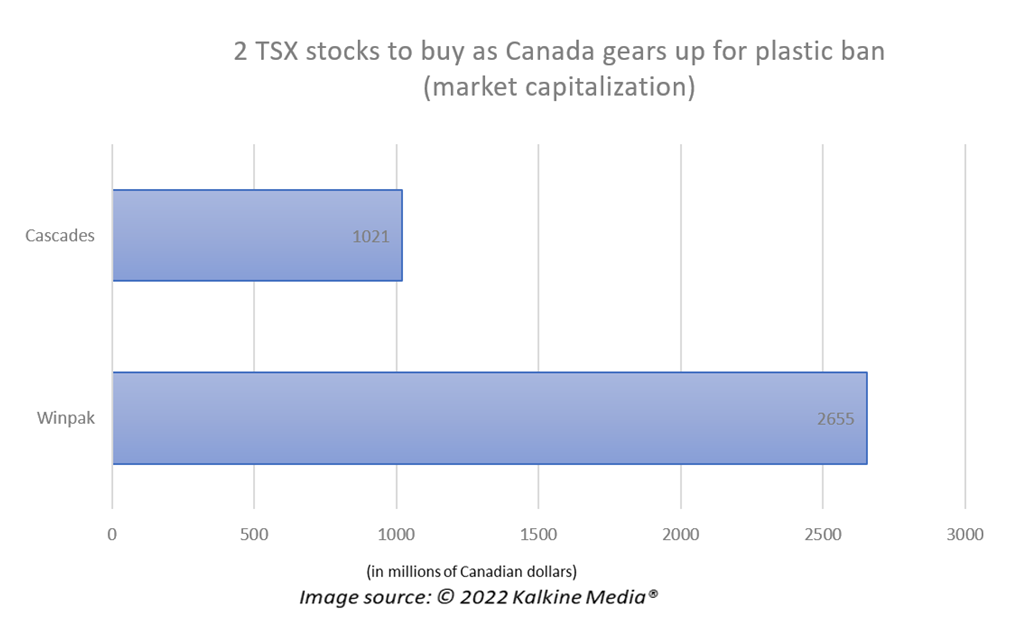 According to the official statement, single-use plastics like checkout bags and straws account for most of the plastic litter on shorelines. Investors could focus on these TSX packaging stocks as they offer sustainable alternatives, including recyclable and paper-based solutions, that could see a surge in demand with these plastic regulations.