Stronghold Digital Mining, Inc. has set terms for its initial public offering and will be offering approximately 5.9 million shares of Class A common stock. The Pennsylvania-based company has unique business operations as it turns waste coal into cryptocurrency.

Stronghold Digital has kept the price range of its shares between US$ 16 to US$ 18, and it expects to list its shares sometime next week.

The cryptocurrency company plans to list its shares on the Nasdaq Global Market and has requested to trade under the 'SDIG' stock symbol.

Is SDIG stock worth your attention?

As Stronghold Digital Mining turns waste coal into cryptocurrency, the company claims that its business operations are environmentally beneficial, and it is a vertically integrated Bitcoin miner.

Bitcoin mining operations have already faced criticism for their negative impact on the environment. Earlier this year, China had launched an extensive crackdown on Bitcoin miners, which started an exodus.

It is believed that due to China's crackdown on crypto mining operations, North America could emerge as a crypto mining hub. Stronghold Digital Mining could benefit from it as its operations are believed to be environment-friendly.

According to the prospectus filed with the US Securities and Exchange Commission (SEC), the Pennsylvania-based company operates around 3,000 crypto asset mining computers. It holds a hash rate of approximately 185 petahash per second (PH/s). 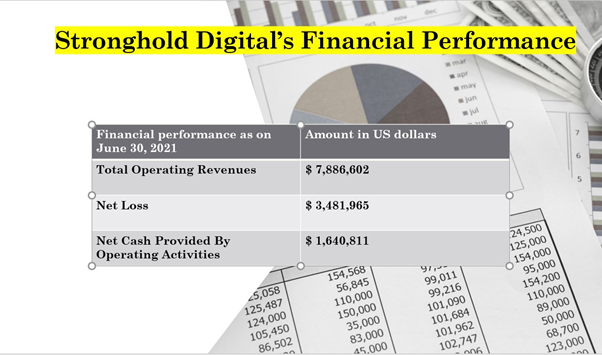 Stronghold Digital Mining has entered into a definitive agreement with three suppliers to buy 26,150 crypto asset mining computers, and 21 per cent of them would be delivered in the first quarter of 2022.

The Bitcoin miner wants to use gross proceeds from the IPO to procure 55,800 additional miners and hopes to increase the hash rate capacity to over 8,000 PH/s by December 2022.

The underwriters for the initial public offering would be B. Riley Securities and Cowen, among others. They will have the option to cover over-allotments solely, and within 30 days, they will have an opportunity to purchase up to an additional 882,352 shares of the Class A common stock.