Plaid has remained in the news for the past year after it had reportedly raised over US$ 400 million in a private funding round. The San Francisco-based company helps its clients build financial technology (fintech) solutions to allow users to connect their financial data to different apps and services safely.

According to reports, Plaid has raised US$ 734.3 million in total since its inception in 2013. The fintech solutions company was founded by William Hockey and Zach Perret.

In April 2021, Plaid reportedly raised US$ 425 million in a funding round led by JPMorgan Chase and American Express. However, it has kept mum on its IPO plans.

Last year, speculations surfaced that Plaid was looking to go public through a merger with a special purpose acquisition company (SPAC). However, that did not happen, and now some investors are hoping for Plaid to take the traditional IPO route.

In 2022, the markets are going through turbulent times, and it seems highly unlikely that Plaid would choose to go public this year. At least, not until the problem of rising inflation is fixed.

Potential investors will likely have to wait for some more time as they are not eligible to buy the common shares of Plaid. Generally, retail investors cannot buy the stock of a private company before its initial public offering. 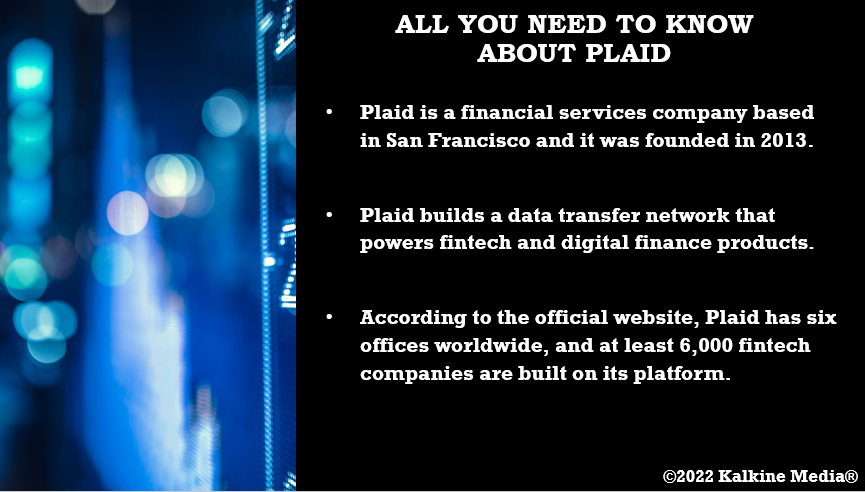 Plaid is an evolving company, and it recently expanded its business operations by entering the identity and income verification sector. Also, the company will provide services for fraud prevention and account funding.

According to the official website, Plaid has six offices worldwide, and at least 6,000 fintech companies are built on its platform.

The company claims to support more than 12,000 financial institutions through its developer-friendly platform.