Genius Group (GNS) stock rockets 408% on debut. Are IPOs back in game?

The online education company Genius Group Limited (NYSE:GNS) debuted in the US equity market and gave a push to a weak IPO market this year.

In 2022, the IPO market has remained cool compared to the frenzy last year. Many companies have delayed or cancelled their public debut plans due to increased volatility in the market.

Most companies that have gone public this year did not receive a positive response from the retail investors. This is probably this year's first time when a stock soared massively on its debut.

On Tuesday, April 12, Genius Group announced that its stock started trading on the New York Stock Exchange (NYSE) under the stock symbol GNS. Notably, the GNS stock skyrocketed 408.3 per cent on its debut and closed at US$ 30.5 per share, up from the IPO price of US$ 6 apiece.

Genius Group announced the price of the shares on April 11 and said it was looking to sell about 3.8 million ordinary shares. Boustead Securities, LLC acted as the only underwriter for the initial public offering (IPO).

All you need to know about Genius Group

It is one of the leading education technology (edtech) groups and has a presence in at least 200 countries. As per the official statement, Genius Group has more than 2.7 million students aged 0 to 100.

Initially, the company had priced its shares in the range of US$ 5 to US$ 6 per share in February. However, just before the IPO, Genius Group went with the upper range of the shares while pricing the offering.

During the trading session on April 12, the GNS stock rose to US$ 36.75 apiece, representing an increase of 500 per cent on the day of its debut. 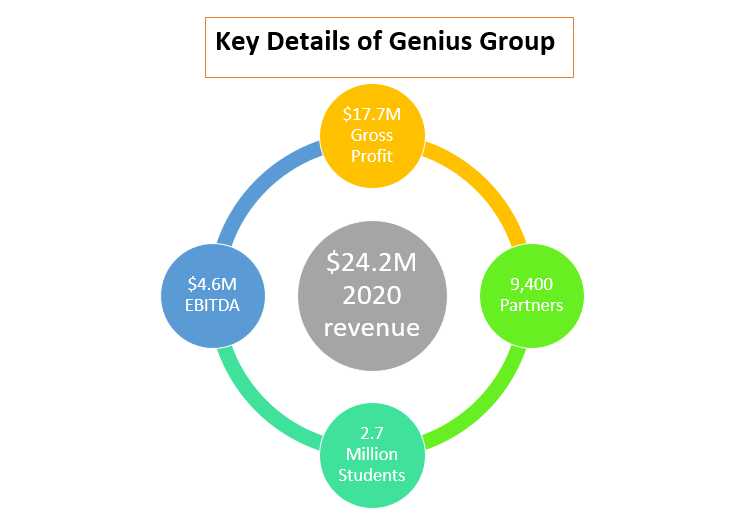 As the IPO market has remained weak, the rise in the price of GNS stock has taken everyone by surprise. It appears that the retail investors are regaining their confidence, and the IPO market could bounce back sooner than expected.

The GNS stock price could instil confidence among sceptical investors that the IPO market is not dead. More private companies could get a desired response from their public debut if this happens.

Factor Endowment
Aggregate Market Value (AMV)
Exchange-Traded Funds
Mutual fund
Macroeconomic Indicators
Chief Executive Officer (CEO)
We use cookies to ensure that we give you the best experience on our website. If you continue to use this site we will assume that you are happy with it. OK
Top 10 dividend stocks to buy in 2022