The San Francisco-based company's expense management system can be used for personal and business operations. Since its inception, Expensify has reportedly raised US$ 38.2 million in funding and the last raised venture capital was worth US$ 17 million in a Series C funding round in 2015.

Expensify IPO: How to buy the expense management company's stock?

Expensify filed an amended Form S-1 on Monday, October 18, with the US Securities and Exchange Commission (SEC). However, the price range and the number of shares to be offered were not revealed by the company.

The expense management platform has roped in JP Morgan, Citigroup, and BofA Securities as the leading underwriters for the initial public offering. Expensify wants to make its public debut on the Nasdaq Global Market, and it has applied to get ‘EXFY’ as a stock symbol.

Here's what you must know about Expensify

The cloud-based expense management software platform is used by several organizations across the world to scan and reimburse receipts from hotels, flights, ride shares, office supplies and coffee shops.

Since 2008, Expensify has added more than 10 million members to its community and automated over 1.1 billion expense transactions.

According to the documents filed by the company, Expensify estimates that its total addressable market is around US$ 16 billion in the United States. 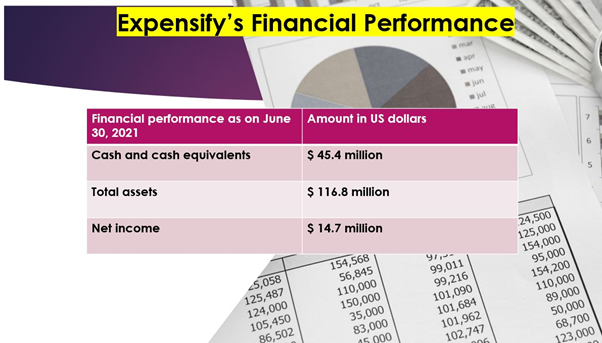 In terms of financial performance, Expensify recorded increased revenues of US$ 65 million in the first half of 2021. In the same comparable period of 2020, the revenues stood at US$ 40.6 million.

Until the registration statement filed with the SEC is effective, interested investors will have to wait before trying to get the pre-IPO shares. Once the price range of the shares is finalized, retail investors could apply for the pre-IPO shares through a registered stockbroker or trading platforms offering the shares before the public debut.