Ant Group IPO: What is happening with Alibaba’s affiliate company?

Ant Group was back in the news last week amid volatile market conditions after some reports claimed that the company was looking to revive its initial public offering (IPO) plans.

On Monday morning, it appeared that interested investors were looking for Ant Group IPO plans. The company's planned IPO was cancelled in 2020 after Chinese regulators raised concerns about the company.

Notably, Ant Group is managed by Alibaba founder Jack Ma and the planned twin listing in Hong Kong and Shanghai would have been the world's largest initial public offering (IPO) if it wasn't pulled.

Ant Group is a cutting-edge technology company dedicated to providing inclusive, environmentally friendly, and long-term solutions to the world. It is an affiliate company subsidiary of Alibaba Group in China and owns Alipay, one of the largest digital payment networks worldwide.

A few published reports claimed that Ant Group reportedly planned to file a preliminary prospectus for the IPO as early as next month. However, the company has reportedly refuted the reports and said it is not planning to relaunch plans for a public debut.

Ant Group will most likely focus on its rectification work under the monitoring of regulators and won't opt to start the process of going public again.

The failure of Ant Group's US$ 35 billion IPO in 2020 signalled the start of a 16-month period of regulatory tightening by Beijing, which has wiped billions of dollars from China's homegrown technology giants. 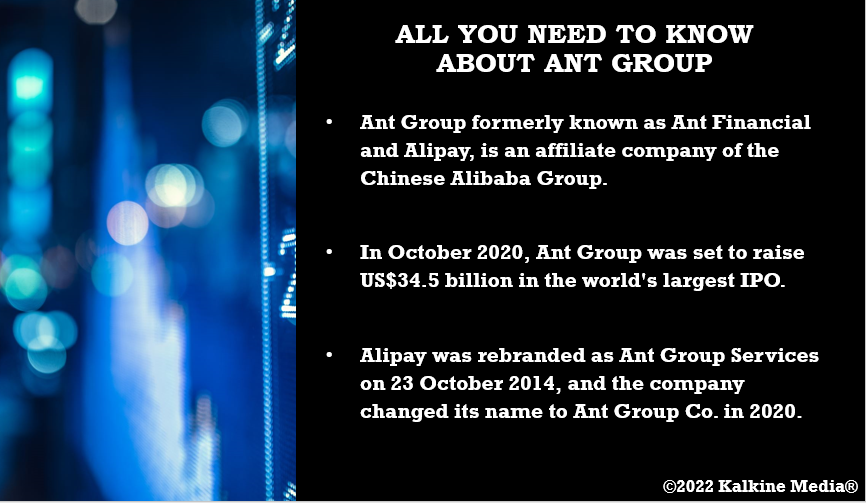 The markets have remained volatile this year worldwide as several macroeconomic factors slowed down the economic progress worldwide. In January, the outbreak of omicron variant of the coronavirus had disrupted the global supply chain and later the war between Russia and Ukraine affected the economy.

Inflation is rising worldwide, and people are fearing that the world will witness a recession. In such a situation, it seems highly unlikely that a company would consider going public.

Also Read: Canva IPO on the cards as ex-Disney CEO buys stake in it?