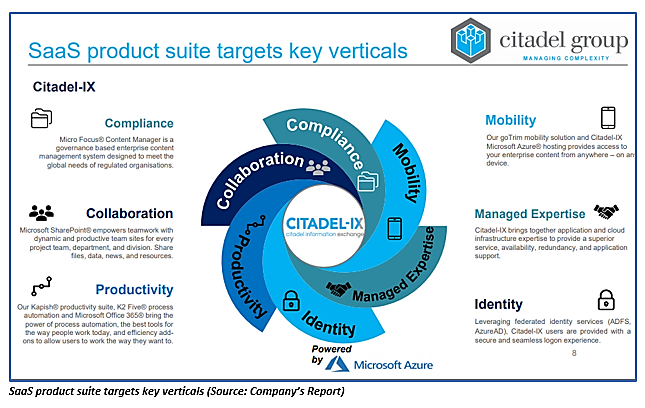 On 20th May 2019, ASX sent a letter with few queries to the company. On 22nd May 2019, the company released its response to the queries raised by ASX, which are as follows:

The next question raised by ASX to CGL was regarding the Trading Update announcement released on the Market Announcements Platform on 17 May 2019.

The company had provided an update on the expected revenue as well as earnings for the FY2019 ending 30/06/2019. The company anticipated its revenues to be between $97 million to $104 million, the gross margin to decline by ~46%, and EBITDA to be in the range of $22 million to $24 million for the full year. The expected change in the FY19 revenues, as well as earnings, was reportedly due to delays in the commencement of customer-controlled project extensions and the company not experiencing an increase in customer spend as it did in the previous years.

Another question that was raised by ASX was regarding the time when the company first became aware of this information. In return, CGL responded that it became aware of this information upon completion of the April 2019 results, along with the full-year forecast based on current trading conditions that was presented to the Board after the closure of the trading session on 16th May 2019.

ASX also inquired about the reporting of Macquarie Presentation, where CGL was asked about the processes and procedures it undertook to ensure that the information contained in the Earnings Guidance provided by Mr Stanley in the Results Announcement did not require updating via a further announcement on the MAP. On the other hand, ASX also inquired about two bullet points regarding revenue and SaaS products, as to whether they were worded differently to the corresponding bullet points in the Half Year Presentation. As the company was aware at the time of the presentation that revenue and SaaS pipeline opportunities would not materialize in H2 FY2019 to the extent that was expected at the half-yearly results announcement, so ASX wanted to gain better clarity on what was the basis for rephrasing the two bullet points. In response, the company stated that the presentation was designed to highlight the products of the company as well as its pivot to the Citadel 2.0 strategy. As a result of this, the relevant slides were worded differently to the corresponding bullets points regarding revenue and SaaS products in H1 FY2019.