An Australian-based IT company, Spectur Limited (ASX: SP3), owns the rights to its disruptive cloud-based IOT and innovative hardware and security systems operating in Australia. The company services two largest industries, including the building/construction/civil industry and the government/utilities sector. Specturâs core products include the HD5 wireless solar security camera system, a time-lapse camera, a thermal security camera and a shark warning system.

Security and Safety Risks Have Become A Global Problem

As the problem of security and safety risks are increasing around the world, the company is using solar, artificial intelligence & IoT to revolutionise security & surveillance.

It can be seen that the built environment is growing continuously with the expansion of urban renewal, infrastructure and resource projects. The insurance costs and requirements are also increasingly becoming burdensome with this expansion. In this scenario, the internet of things (IoT) and computing power are providing the tools to sense, think and act in ways one has never done before. The major challenge is that the cost of putting people or power in an exposed environment can be prohibitive, so one may not have visibility of oneâs assets or an ability to act on what one sees.

How Spectur is Solving the Global Security Problem?

Spectur is providing security and surveillance systems that are linked to cloud-based technology solutions. The systems developed by the company protect organisations and businesses in commercial, industrial and government sectors. Specturâs platform and infrastructure provide customers sight and more on site - anytime and anywhere; connect tools to the internet, users and decision-making tools reliably, and in a user-friendly way; and take actions either manually or through supporting decision rules or artificial intelligence. The company has deployed over 1,600 of these systems to date.

How Spectur Holds A Competitive Advantage?

The equipment of vertically integrated security companies are expensive and have a high false alarm rate. Also, it is not their core business to design those equipment. However, Specturâs tailor-made hardware and software system delivers best in class âfalse alarmâ performance due to the advanced camera and server-based Artificial Intelligence (AI). The system provides tailored solutions at lower costs of data, monitoring, call out and inconvenience. The companyâs system also offers full-colour high definition pictures in comparison to black and white pictures.

The key features of the system include: 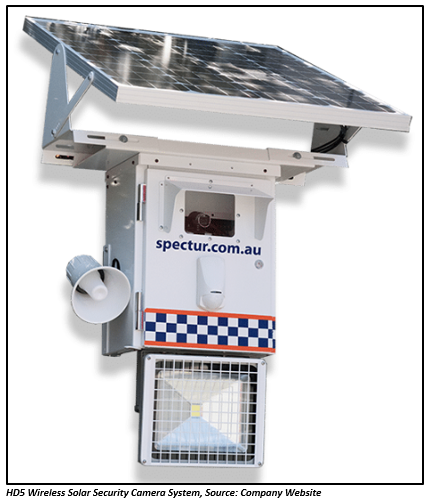 Spectur reported record financial results in the first half of the financial year 2019. The companyâs revenue grew 94 per cent to $2.2 million in H1 FY2019 relative to the previous half year. The company reported a well-positioned balance sheet with $1.4 million of cash and $1.4 million of inventory as at 31st December 2018. The gross profit margins of the company improved 59 per cent, supported by new products, an increase in pricing and a larger proportion of rentals.

Spectur achieved its first cash flow-positive month in January 2019, fuelled by growing recurring revenue base. The performance of the company in H1 FY2019 indicated that it is moving towards positive EBITDA. Specturâs EBITDA loss was 15 per cent down to $1.50 million during the period.

In May this year, the company informed that it expects to deliver FY19 full-year revenue in the range of $4.5 million to $4.7 million, an improvement from $2.48 million the year before. This represented a rise of 81 per cent on FY18âs revenue of $2.48 million. This revenue guidance was given as the company received a record number of large orders for thirty-nine HD systems. 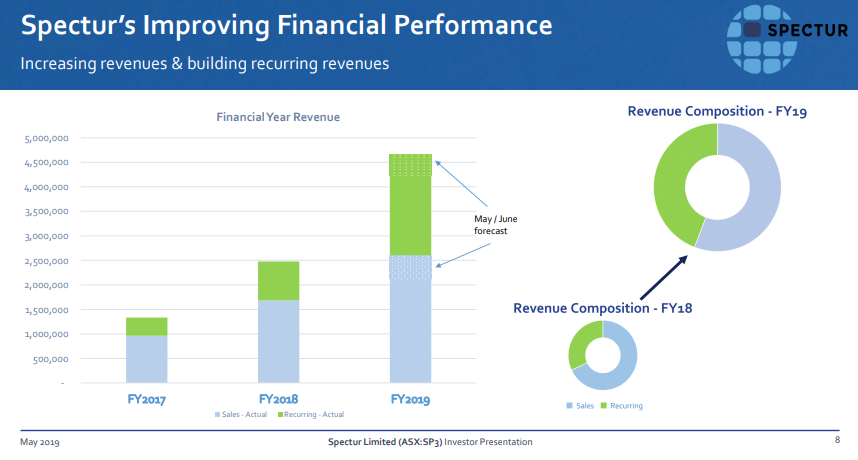 Let us have a look at the opportunities available in each one of these avenues: 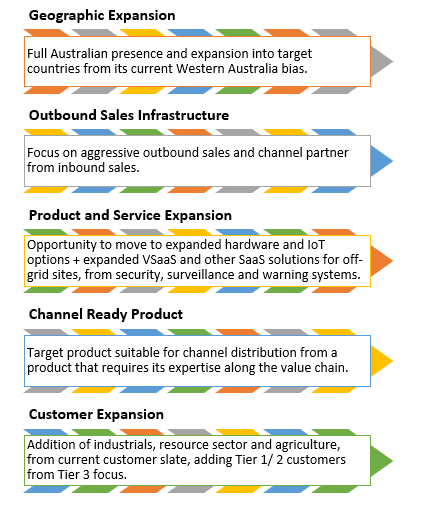