The hinterland of New South Wales gained prominence when a giant gold discovery near Bathurst in 1851 sparked a gold rush. The Lachlan Fold Belt (LFB), which had been overlooked for long, was noticed by many following the first large discovery at Woodlawn in 1972 which was later followed by Cadia discovery in 1992 establishing the region as an interesting opportunity for the geologists.

The Lachlan Fold Belt, which already hosted the Newcrest Mining (ASX:NCM), one of Australia’s largest Gold and Copper operations, has been known for its typical Gold and Copper porphyry mineralisation.

Ever since Alkane Resources (ASX: ALK) discovered the Boda prospect (689m @ 0.46g/t Au and 0.19% Cu) in the Northern Molong porphyry project (NMPP), the Au-Cu porphyry land has gained interests from experienced to the newest gold explorers in the industry.  The region has seen a remarkable increase in the hunt for prospective exploration grounds, especially in the vicinity of the Alkane’s Boda discovery. 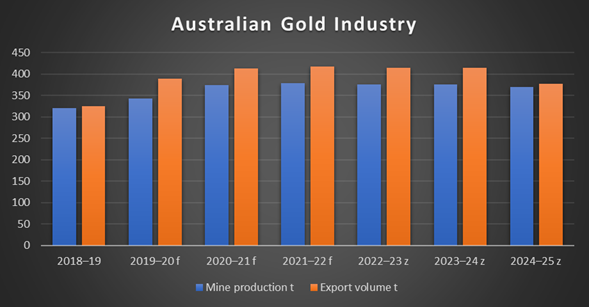 With the global gold mining industry facing grade decline along with increased mining depth and rising labour & operation costs, Australia is expanding the production volumes consistently to emerge as the largest gold producer by 2021.

Sultan gearing up for the Next Big Discovery in the LFB

Sultan Resources (ASX:SLZ), an earlier WA focussed gold and base metals explorer, acquired a 330 square kilometres Colossus Gold-Copper exploration asset in the Macquarie Arc region of the East Lachlan Fold Belt. The Macquarie Arc project included three tenements with Ringaroo, Big Hill, and Tucklan prospective targets. The Alkane’s Boda is located to the north and Cadia to the south of the central EL 8735 tenement which hosts both Ringaroo to the North and Big Hill on the Southern terminal ends. 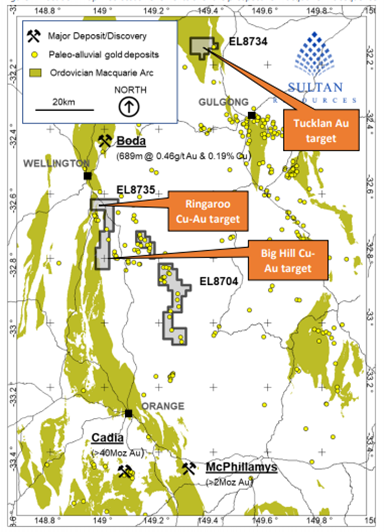 Soon after the shareholders gave approval to the acquisition, Sultan announced plans to accelerate the exploration program. A rock chip and soil sampling program at the Colossus controlled site was already underway with the results for Big Hill and Tucklan already announced.

The Geological mapping indicates the consistency of the hydrothermal alteration styles with the Boda/Cadia style alkaline porphyry mineralisation with gold in association to phyllic and propylitic assemblages and localized zones of disseminated pyrite. The Colossus project is consistent with both gold-copper porphyry, gold-rich, alkali Cadia mineralisation.

Tucklan Prospect: The soil and rock chip sampling program at the Tucklan prospect indicated a 1.5 x 0.3 kms Undrilled gold anomaly at Tucklan which contained a 700m x 300m core with gold grade up to 0.61 g/t.

Sultan strengthens its presence in Lachlan Fold Belt: Must Read

Sultan is committed to create value for its investors and it has outperformed its peers from the Lachlan Fold Belt even during a pandemic when most of the equity investments have been unsuccessful in generating returns.