Sultan Resources Ltd (ASX:SLZ), an established Gold and base metals explorer, recently completed the acquisition of the newest asset to its portfolio, the Colossus Metals & the Macquarie Arc Copper-Gold Project in the Lachlan Fold Belt. 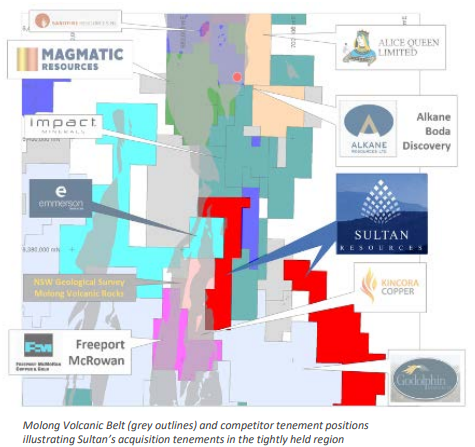 Securing an exploration ground in the neighborhood of recent discoveries such as Alkane’s Boda prospect and established operations including Cadia, is a milestone as mining players have been competing to secure exploration grounds in the LFB.

The Macquarie Arc project includes three key high priority deposits including Big Hill, Ringaroo and Tucklan deposits. During 2020, Colossus metals initiated a rock chip and sampling program at the Big Hill and Ringaroo prospects, which are located along the strike from Cadia Au-Cu operations and Alkane Resources’ (ASX:ALK) Boda discovery. 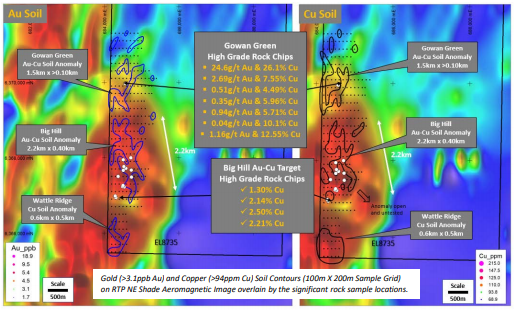 The Big Hill deposit results fall in line with the upper portions of the alkalic Cu-Au porphyry mineralisation system.

Ringaroo Target hosts magnetic anomalies within historical mining centres. The deposit is immediately south of the Impact Resources’ Apsley deposit which recently reported a grade of 8.1% copper in the same magnetic anomaly.

Further, a large scale (>1.5 x ~0.30km) striking along NW-SE resulted in gold grades of 7.2 ppb gold including a high-grade core with sample grades up to 0.61 grams a tonne of gold. 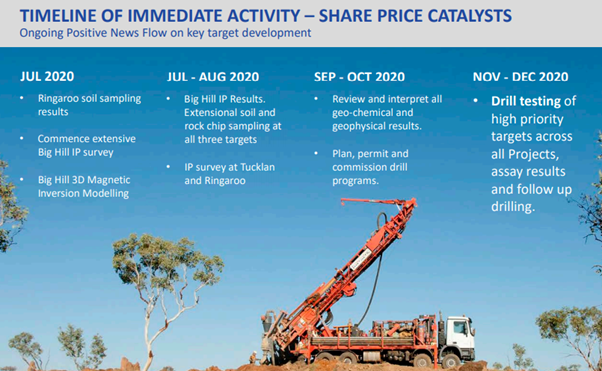 Sultan anticipates accelerated exploration activities including an Induced Polarisation survey, larger and more extensive rock chip and soil sampling program and a 3D magnetic inversion modelling to further identify drilling targets by the end of Q3. The maiden drilling program is proposed in Q4 of 2020.

Sultan holds a technical team with more than 60 years of experience in exploration and development across the Lachlan Fold Belt of NSW. Their extensive experience varies across exploration, permitting, development and operations of massive projects including McPhillamy’s (>2Moz Au) and Tomingley Gold Deposits (>1Moz Au).

Sultan is well funded with substantial local contacts and network is advancing on low cost geochemical and geophysical programs to progress to drilling stages later this year.