DO READ: Why Should Investors Look at Small-Cap Stocks?

Market players interested in small-cap stocks tend to focus on a company’s business model, the management, the markets the Company is catering, and the existing competition, among others. The direction in which a business is headed plays a significant role in an investor’s decision.

In this article, we would look at some of the small-cap companies and cover their recent updates.

Western Areas Limited is a leading nickel producer in Australia with two of the highest-grade nickel mines.

Below is the Result:

Nufarm is a trusted global partner behind various agricultural triumph. The Company is engaged in finding more efficient means to fight diseases, weeds, and pests to safeguard and improve crop yields. At present, Nufarm is amongst leading developers and manufacturers of crop protection solutions and seed technologies.

The Company recently came up with two announcements.

On 14 September 2020, Nufarm announced the resignation of its Chief Financial Officer Paul Binfield. Paul resigned to pursue the next step in his career and would be serving the Company till 31 December 2020.

Nufarm has updated on a review of the carrying value of its assets as per the relevant accounting standards. Depending on finalisation of the audit, NUF expects to recognise non-cash, impairment charges concerning its European assets of ~ A$215 million in financial statements for the year ended 31 July 2020.

The assessment of the carrying value considers the latest operating performance plus a moderate outlook of future earnings based on an anticipation of ongoing margin pressure in NUF’s base product portfolio because of the improved manufacturing costs coupled with increased competition.

Based on the preliminary, unaudited accounts, the Company expects its underlying EBITDA for FY2020 to range from A$290 million to A$300 million. Post the sale of South American businesses, the underlying EBITDA from the continuing operations lie in the range A$230 million - A$240 million.

Further, in 2H FY2020, Nufarm delivered positive momentum across most regions. At the same time, the Company stated that its earnings would be down as compared to the previous year because of the divestment of the South American businesses, reduced earnings in the initial half, and lower earnings in Europe.

CLINUVEL PHARMACEUTICALS, is involved in creating and providing treatments for patients suffering from severe genetic, skin, and systemic disorders.

On 10 September 2020, the Company announced its progress towards the development of drug SCENESSE® that is used for treating xeroderma pigmentosum (XP). This program is aimed to ensure the ability of SCENESSE® drug to regenerate DNA of skin exposed to UV rays.

Through this program, it was confirmed that SCENESSE® is capable of protecting skin from light (photoprotection) and can repair DNA damage. 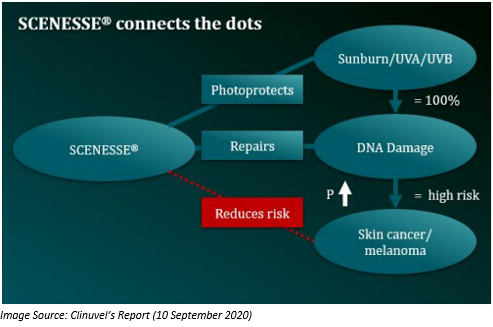 Vocus Group Limited is offers telecommunications services across Australia and NZ. In a three-year turnaround, the Company has progressed strongly. Its Vocus Network Services has established as the core growth engine with EBITDA over 10%. 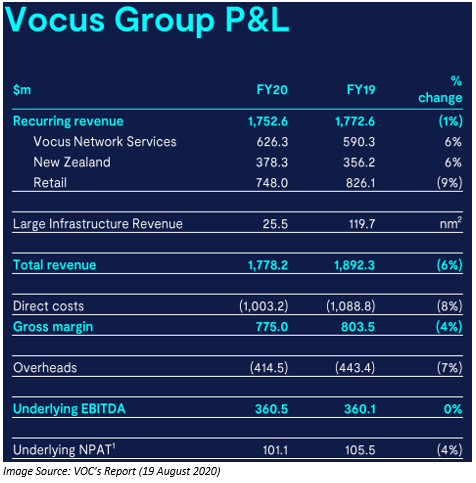 FY2020 Highlights at a Glance:

Click here to know the positive business announcements by the Company.

Whitehaven Coal Limited is Australia’s leading premium-quality coal producer. During FY2020, the reduced coal prices impacted the company earnings. However, the Company reported the lowest ever total recordable injury frequency rate of 4.13 during the period.

The Company highlighted that considerable contraction in the coal prices impacted its headline financial results disproportionately. Despite this, Whitehaven was able to provide its investors A$312 million in dividends through the period.

WHC’s recent approval of Vickery was a significant achievement for the Company. However, in the present short-term economic uncertainty, the Company is cautious about its expansion and capital allocation.

At present, WHC’s immediate focus is to achieve greater efficiency and more reliable operational performance until there are markets rebalancing and price improvements. 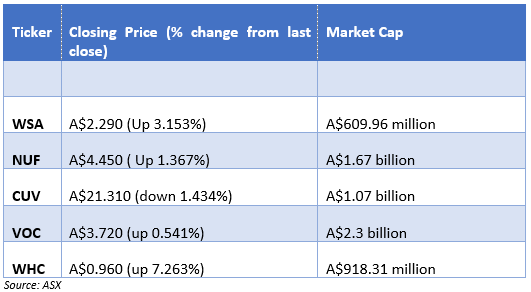