Silica sand explorer VRX Silica Limited (ASX:VRX) has made great strides in its exploration endeavors over the last two years. The Company has been able to bring its Arrowsmith and Muchea projects close to the production phase in a short span of time since the onset of drill programs in March 2019.

Recognising the growth potential of the Company’s projects, a leading Australian broker has recently placed VRX Silica on its Best Undeveloped Projects (BUPs) list for 2020. The broker assessed over 450 resources companies and their respective projects in its 2020 review. Notably, only eight projects and their respective owners could make it on to its BUPs list, including VRX Silica.

VRX Silica shares soared over 5 per cent to $0.3 on Monday.

With that said, let us quickly take a deep dive into the state of the Company’s projects below:

Key highlights of three BFSs are as follows:

It is worth noting that the Company’s projects also support the high-capacity logistics, on the back of:

Notably, miscellaneous licences and Mining Leases have been granted for each of VRX Silica’s advanced projects.

The Mining Lease for the Muchea project - M70/1390 - was granted in October this year. The Mining Lease grant area covers roughly 1,008ha, which is sufficient for at least 25 years of mine life. Besides, the grant area includes the Inferred Mineral Resource and Probable Ore Reserve of 61.4Mt @ 99.6% SiO2 and 14.6Mt @ 99.9% SiO2, respectively. 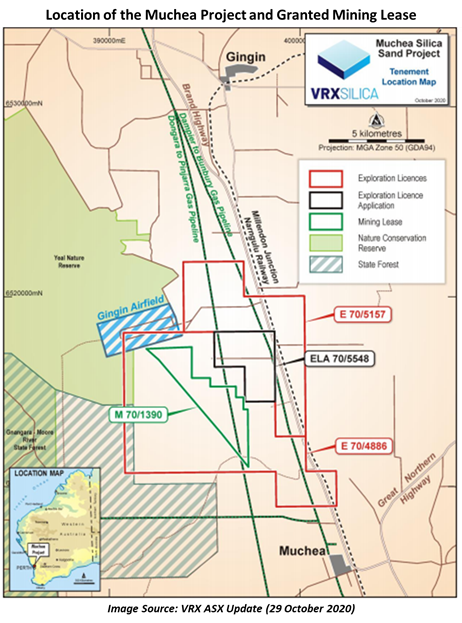 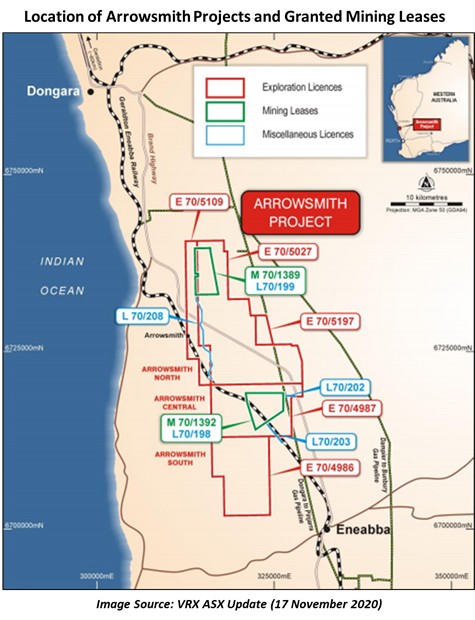 After the grant of Mining leases for Arrowsmith and Muchea projects, the silica sand explorer raised $7 million capital via a placement program. VRX Silica intends to use the raised funds for:

The environmental permitting processes for VRX Silica’s projects are also well advanced, with the Company anticipating no material issues.

VRX Silica plus its environmental consultants have conducted pre-referral meetings with representatives from the Department of Agriculture, Water and Environment (DAWE) along with the State Environmental Protection Authority (EPA). Importantly, the Company received constructive feedback concerning requirements for formal referrals to the DAWE and EPA to secure environmental approvals.

VRX Silica also intends to advance the approval for its mine plan as well as the issue of a mining permit from the WA Department of Mines, Industry Regulation and Safety.

With environmental permitting on the verge of completion, VRX Silica sees strong interest from its potential customers based in South East Asia, including Taiwan, Japan and South Korea. 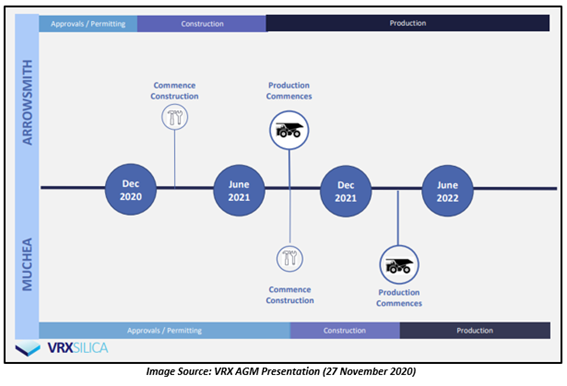