Gold explorer Twenty Seven Co. Limited (ASX:TSC) has announced assay results for the 1-metre re-split samples of the previously reported 3-metre composite samples at the Rover Gold Project. The composite samples were collected during the RC drilling campaign at the Harmonic prospect in October 2020. 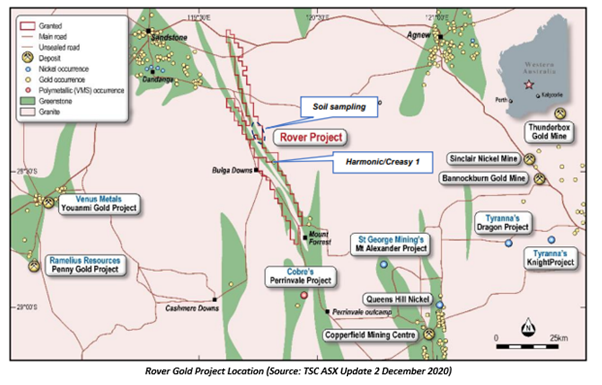 The new assay results invigorate the potential for a large, near-surface gold mineralisation system at the Harmonic prospect. The prospect is located north-west of the Creasy 1 deposit and hosts shallow gold mineralisation, which is understood to be located along the 200-metre strike length and remains open. 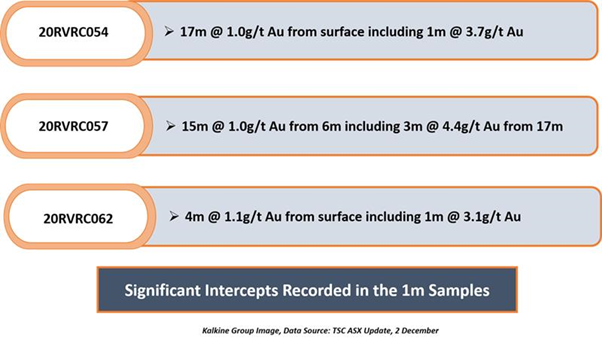 Furthermore, a broad area with strong gold anomaly was intersected almost 180 metres north of the primary mineralisation orebody identified at Harmonic. The 1-metre re-split sample from the drill hole 20RVRC061 includes 14 metres with 0.3g/t gold, 33 metres downhole which includes 2 metres at 1 g/t gold from 33 metres, suggesting that the shear zone is mineralised to the north.

The geology team at Twenty Seven has concluded a soil geochemistry program on the wholly owned exploration tenure (E57/1134) north-west of the Harmonic and Creasy 1 prospects. The campaign over two new priority areas, Four Corners and Blue Hills, followed a review of historical soil geochemistry identifying priority targets. The previous explorer had switched the commodity target to iron ore, leaving the anomalous targets never being followed up.

Secured in August 2020, the new tenement expanded the Rover project in the prospective greenstones.

TSC has already collected over a thousand samples at the Four Corners and Blue Hills prospects and sent all samples for assaying at the laboratory. The results are pending as of now and are expected later this month. Previous soil sampling program was critical to identifying gold and pathfinder metal anomalies at the Maynard Hills greenstone belt which after subsequent drilling led to a gold discovery in late-2019. 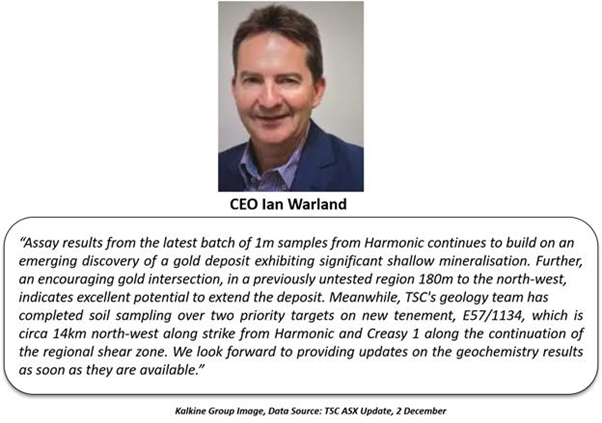 Twenty Seven Co. is progressing with exploration at the Rover Project. Over the short term, the Company has planned the following key activities:

The geology team is also advancing on the next stage of the exploration program at the Mt Dimer Mining Lease.