Rare Earths (RE) are often termed as the ‘vitamins of industry’ because of their extensive and growing use in smart electronic products, wind turbines and sophisticated defense equipment. So much so, industry experts opine that the rise of EVs as a 21st Century transport option will depend in part on the availability of RE.

Greenland Minerals is at the forefront of a strategic evolution in RE space.

Greenland Minerals has been operating in Greenland, with a focus on the Kvanefjeld RE project since 2007. Today, the Project is one of the world’s most important emerging RE projects. It is well placed to make Greenland an international major supplier of materials. Most importantly, these materials are crucial to an environmentally sustainable and energy-efficient future.

Besides, technical and metallurgical input from the major shareholder (10.5%) and leading international RE company Shenghe Resources Holding Co is a major catalyst.

Key Highlights of the Kvanefjeld RE project are outlined below:

As deciphered, the Project has key attributes that, when integrated with Shenghe’s downstream processing technology, capacity, and industry-proven experience, will play an important role in new supply networks.

RE & Their Extensive Usage

RE group comprises of chemically similar elements in their natural state. The RE elements are 17 members of the periodic table that are often found in the same ores and deposits. They are typically found in refractory minerals and are difficult to isolate. 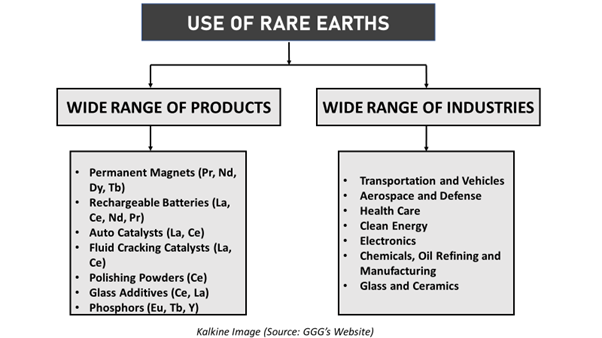 Why is RE Space Significant Today?

The RE sector is undergoing substantial restructuring. The primary driver of this restructuring is the major near-term demand growth owing to the roll-out of EV’s, which is a global agenda. Increasing shift from hybrid EV’s to battery EV’s is likely to drive further NdFeB demand as greater use of RE-magnets in battery EV’s (more Nd, Pr, Tb, Dy/vehicle).

Consequently, RE are often regarded to be the “clean energy future”.

RE demand is ready for an extensive swell. This surge is catalysed by advances in technology and the crucial role of RE. Experts opine that there is a strong development window approaching for the RE sector.

At a meeting of the European RE Industry Association, ADAMAS Intelligence reported significant falls in EV sales, an important market for RE magnets, in the first half of 2020. The agency further intimated the below- 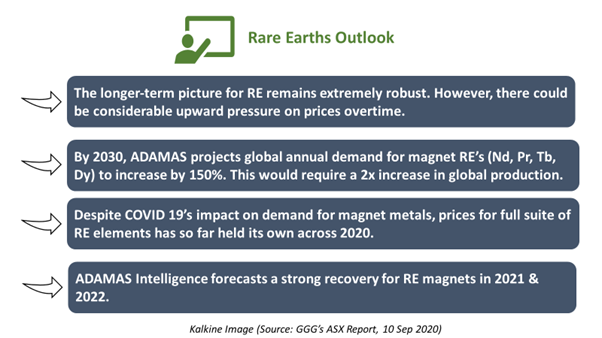 Kvanefjeld is ideally placed to be developed to meet growing RE demand. The Project would be Greenland’s first world-class mining operation and the flagship avenue of Greenland’s emerging minerals industry.