The shares of Champion Iron Limited (ASX:CIA) caught investors' attention on Thursday (28 April 2022) after the iron ore company announced its production results and mining operation expenditures for its fiscal fourth quarter ended 31 March 2022. Champion Iron shares were spotted trading 2.706% higher at AU$7.210 per share on ASX at 10:34 AM AEST today.

In its results, the company revealed that it produced 1,869,000 wet metric tonnes (wmt) of high-grade iron ore during the period, down from 2,011,400 wmt produced in the prior corresponding period.

Champion Iron Limited is an ASX-listed company engaged in iron ore exploration and development. Shares of Champion Iron Limited have gained 4.19% in the last one year, while the stock is up 28.06% year-to-date (YTD). The company commands a market capitalisation of AU$3.50 billion.

As per the announcement, the company expects commercial production from the Bloom Lake Mine's Phase II expansion project by the end of the calendar year 2022. Champion Iron stated that it advanced the final work programs required to commission the Phase II project during the quarter. 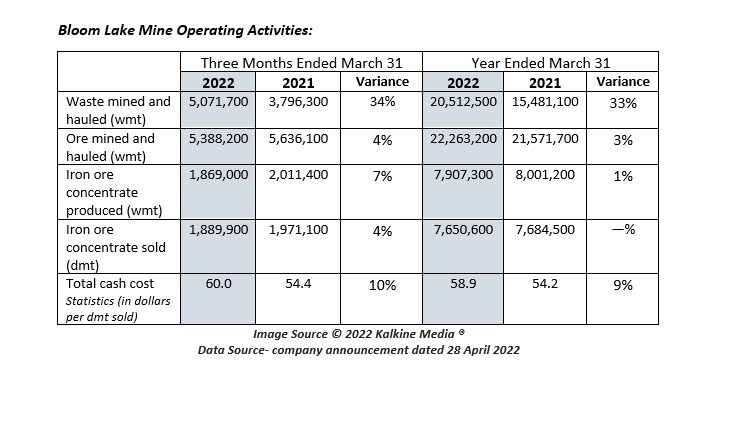 The iron ore company reports results on a financial year basis to March-end and is expected to disclose its full financial results next month.

Production for the full-year period dropped slightly to 7,907,300 wmt, compared to the 8,001,200 wmt for the year ended 31 March 2021. According to the company, the slight dip in production resulted from a lower head grade and lower throughput. The throughput for the period was negatively impacted because of the operational inefficiencies caused due to the Omicron variant of COVID-19, along with minor unplanned maintenances.

Champion Iron paid an interim dividend of AU$0.10 per ordinary share on 1 March 2022 to its shareholders. The Group's cash on hand and restricted cash stood at AU$396.4M as of 31 March 2022, against AU$543.4M as of 31 December 2021 and AU$680.5M as of 31 March 2021. The cash position reflected the ongoing construction of the Phase II expansion project, working capital changes and the dividend payment. 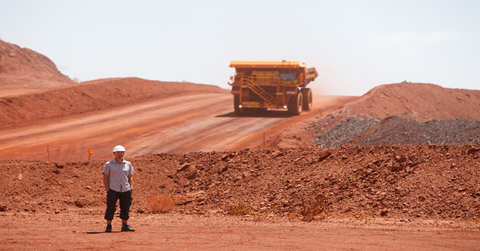 Other details from the March quarter results include: