A Slump in Chinese demand for Iron ore has led to its price falling 13% in a month. Iron ore fines 62% Fe CFR Futures are down about 10% in a month. The renewed new coronavirus-induced restrictions are the main reason for this suppressed demand. The tepid demand led to drop in production, for instance, mining biggies like BHP Group, Rio Tinto and Vale reported lower-than-expected shipments and outputs for the red metal. However, one Australian miner has bucked the trend and this miner’s share price gained over 18% in the last five days alone. It is up 172% in the last six months.

In its operations update for the quarter ended on 31 March 2022, Grange Resources Limited reported a reduced pellet sale and concentrate production compared to the previous quarter. However, the drop was on account of annual scheduled maintenance.

Grange Resources Limited also reported an increase in average received prices compared to the December quarter. While the unit cash operating costs also increased over the quarter, Grange Resources still managed to improve the position of its cash holdings and liquid investments. The miner declared and paid a final dividend of 10 cents per share in the quarter based on the results.

How is GRR share price performing on the ASX? 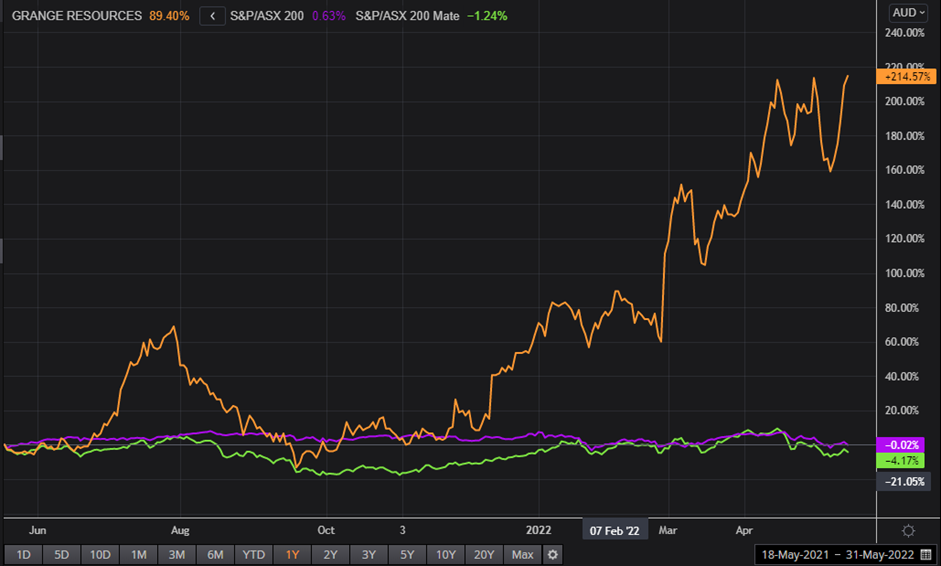 Compared to the Australian bench market index ASX200 Index (XJO) and the ASX200 Materials sector index (XMJ), GRR has clearly outperformed by a massive margin. Major share price spikes were witnessed in March and April. In March, the company had released an announcement on pre-feasibility studies showing a reduced capital spend at its Southdown Magnetite project. Other was a reserves update related to its Savage River mineral resource and ore reserves.

Here is a snapshot of GRR’s financial position- 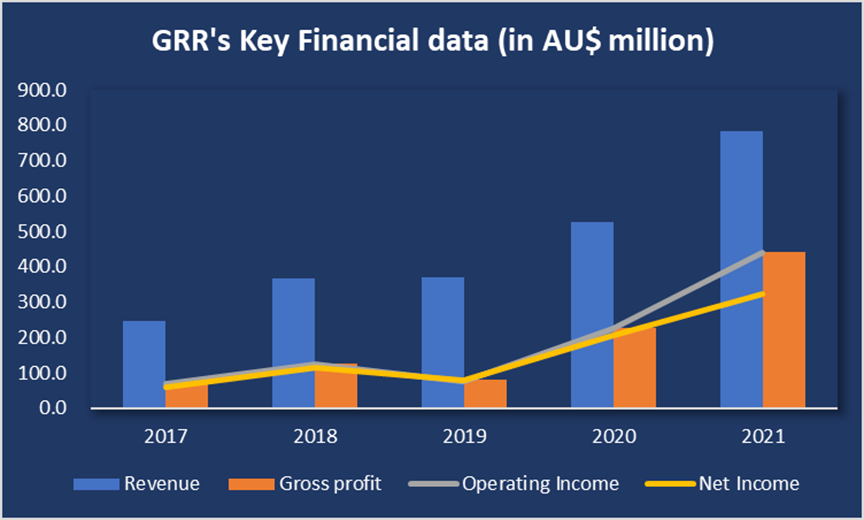 The chart reflects the movement in GRR's Revenue, Operating Income, and profit numbers over the years. We have also shown a yearly trend of few key financial ratios. 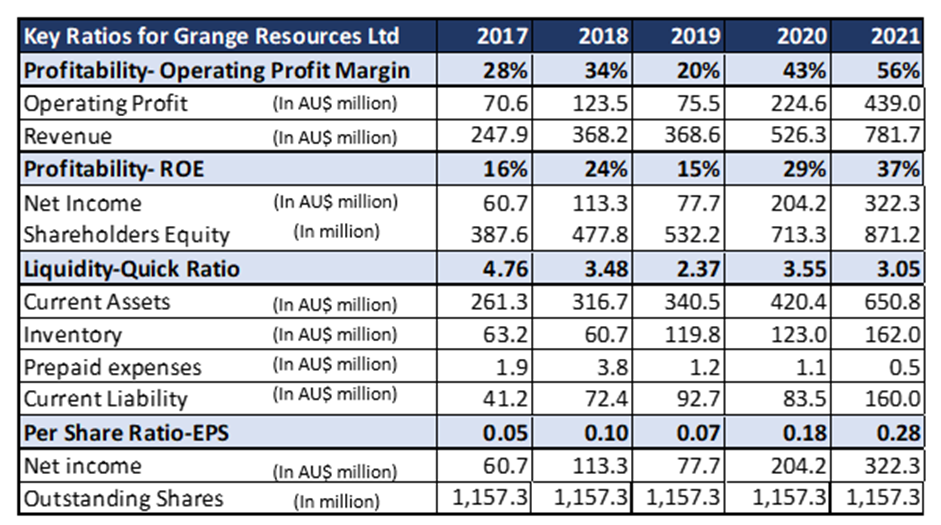 Road ahead for Grange Resources Limited

While the company remains firm on its fundamentals claiming to be an experienced magnetite producer, the risk posed by the reduced Chinese demand cannot be ignored. Since China is the largest consumer of iron ore. The movement in Chinese imports of iron is worth a watch. However, Grange Resources seems positive about its' future, quoting a long-life project close in the Asian market and the premium price it receives for its high-quality iron ore produce.