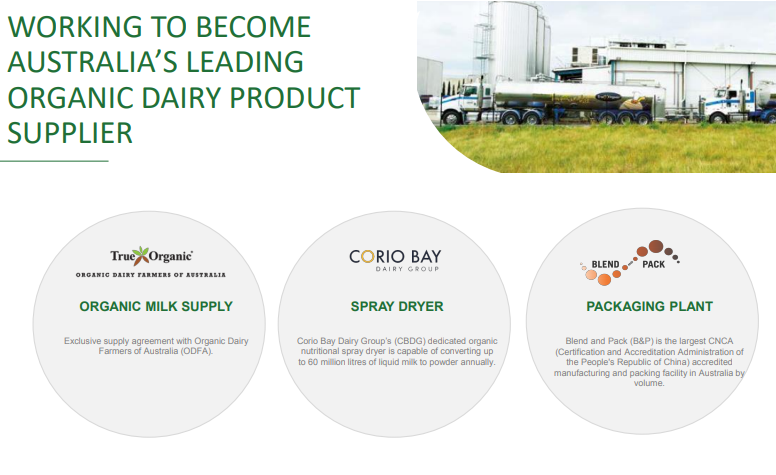 There has been a lot of activity this year by the company, and the favourable ramifications of these decisions/strategies shall deliver the shareholder value in the coming time possibly. Among those decisions, the latest is a long-term supply agreement.

While launching a new product range to the market that is designed for health-conscious customers, the chemist stores allow the customers to have enquiries about the product and its potential benefits. 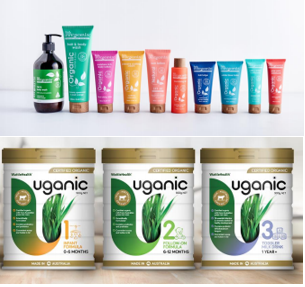 Consistent with these similar lines, the company has reported the execution of a supply agreement with Chemist Warehouse (CW) for its organic product range. This supply agreement, for a 10-year period, would see the marketing of its fully certified organic nutritional dairy range that includes Uganic infant formula range and Little Innoscents organic skin care range.

Under the agreement, the Uganic and Little Innoscents product range would be sold across CW retail stores in domestic markets and Tmall online stores reaching global consumers. Over the initial five years, WHA is expected to incur $1.2 million in marketing spend annually.

Upon specific performance hurdles, professional services, and signing of the agreement, WHA would issue a total of 20 million shares to CW. In addition, the supply agreement is dependent on completion of Blend & Pack acquisition, rights issue, and minimum capital raising via right issue.

Under the agreement, the company would be establishing a JV with Nouriz for production and sales of organic nutritional dairy products at the Corio Bay Dairy Group (CBDG), and the products would be marketed in China.

Mr Lazarus Karasavvidis, Executive Chairman of WHA, stated that the agreement allows the company to market its organic products in the Chinese market through an experienced partner.

In November, the company notified that Dr. Tony McKenna, who is leading CBDG, was nominated to become the CEO of the company, starting from 1 February 2020. He would be joining the Board post the completion of the acquisition of additional shares in Blend and Pack (B&P) Pty Ltd.

Concurrently with the CEO appointment, the company reported that it entered a new agreement to acquire the additional 75 per cent of B&P. Under the new agreement, the company is required to pay an upfront consideration of USD 30 million, and a deferred payment of USD 25 million over a five-year period.

It was said that the company is progressing with vertically integrated organic strategy to derive more revenues, and the company signed an agreement in place with its JV partners in CBDG for the exclusive supply of organic milk.

CBDG is a joint-venture with Organic Dairy Famers of Australia, Niche Dairy and the company, which is building country’s first dedicated organic spray dyer, and the commissioning of the plant is due in the first half of CY 2020.

Further, it was noted that if the right issue were to complete, the company intends to terminate its undrawn loan from Prospere Advisors, which was agreed to fund the construction of an organic spray dryer.

In order to partly-fund the B&P acquisition, the company announced a partially underwritten rights issue to eligible shareholders to issue up to approx. 155.60 million shares at a rate of 4 new shares for every 5 shares.

The company was seeking to raise a maximum of $62.2 million at $0.40 per share with a minimum of $55 million. The funding would allow the company to pay the upfront USD 30 million to acquire additional stake in B&P.

On 10 December 2019, the company reported a Supplementary Prospectus, and it was noted that the right issue is dependent on WHA receiving a minimum subscription of $55 million before costs of the issue.

On 2 January 2020, the company reported that it was not able to secure minimum offer amount under its rights issue, and the underwriting agreement was lapsed on 31 December 2020. For B&P transaction, the company has extended the agreement date to 7 January 2020, and it expects to report additional information in the due course.

As on 2 January 2020, Shares of WHA remains suspended from trading.