The junior mineral exploration company Middle Island Resource Limited (ASX:MDI) reported a busy quarter, working on its two-fold strategy. The first one is to increase the resource potential of the Barkly Copper Project through exploration, and the second one is to enhance Sandstone gold project, leading to re-commissioning of the processing plant.

MDI attended the AGES conference in the Northern Territory to mark its presence at the unveiling of the Minex CRC East Tennant drill core. One of the hole-NDIBK04 drilled under the National Drilling Initiative by Minex CRC intersected the localised semi-massive copper mineralisation along with over 300m of disseminated to blebby sulphides to end of the hole. 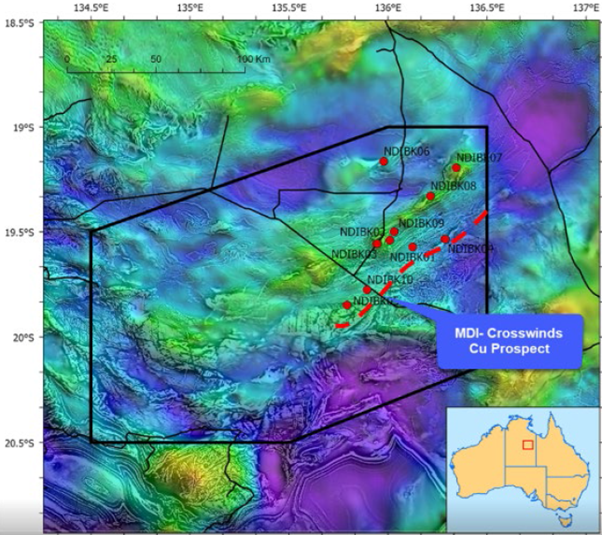 Middle Island had submitted the NT Government co-funding applications to carry on detailed airborne and ground magnetic surveys. The Company was successful in its application for the airborne magnetic survey and the survey is due to commence in September 2021.

MDI wraps up Feasibility Study of the Sandstone Gold Project

Middle Island completed the Feasibility Study (FS) on re-commissioning the Sandstone Gold Project on a standalone basis during the last quarter. The findings of the FS indicate that re-commissioning is feasible at a gold price above AU$2,500/oz. 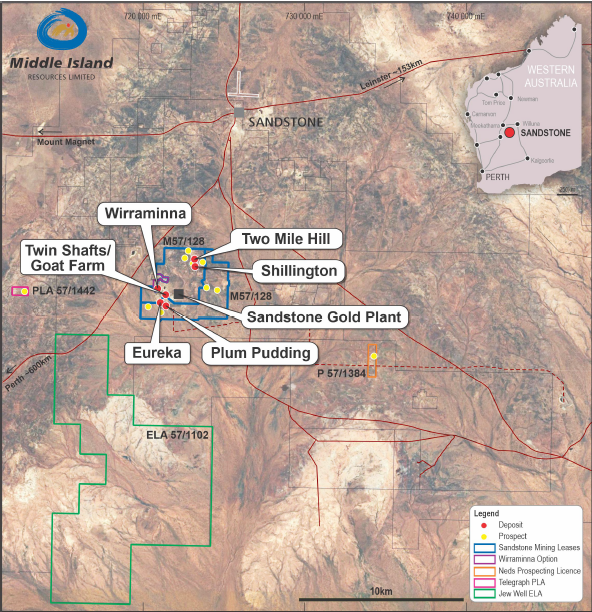 MDI estimates over 70% of Sandstone region is under transported cover, making historical soil geochemistry data redundant. The Company commenced an auger drilling geochemical survey in the first week of July 2021 to test five new targets on the tenement area. 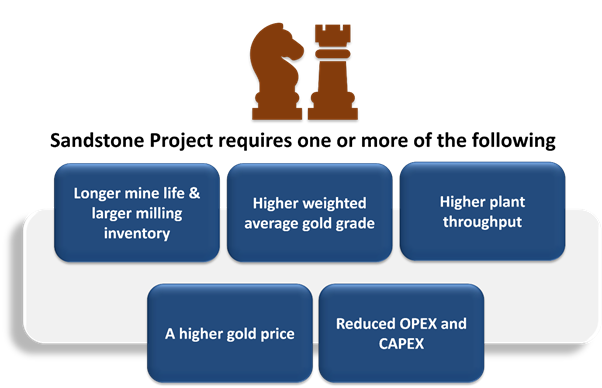 The exploration and resource definition plan includes assessing the 10km strike length, which is under 70% transported cover. The Company plans on an extensive exploration program to delineate new deposits while extending the current Mineral Resources.

MDI acquired the Sandstone Project from South America focused gold producer Troy Resources Ltd (ASX:TRY) back in 2016. Based on the terms of the agreement, MDI was required to pay 2% net smelter royalty to Troy on future productions.

MDI paid a one-time AU$250,000 payment to terminate the royalty clause in the agreement. Troy has accepted the payment and cancelled the smelter royalty.

The FS study showed a total yield of 89,453 ounces of gold at the current resource level. At an average gold price of AU$2,300/oz, MDI could estimate a significant reduction in the project cost and rise in net return by US$4.1 million.

At the end of the June quarter, MID reported cash and liquid investments of AU$3.5 million. The Company had AU$3.2 million in cash and AU$0.3 million in Tajiri Resources Corporation.