Troy undertook diamond drilling at Smarts Underground while RC drilling was done at the Goldstar and Gem Creek prospects.

In the beginning of January 2021, Troy announced the diamond drilling campaign for four holes at Smarts Underground. The main purpose of the drill holes was to assist with the resource/reserve mapping program.  Additionally, these holes were also supposed to investigate the continuity of mineralisation between modelled Smarts 2 and Smart 3 ore shoots. 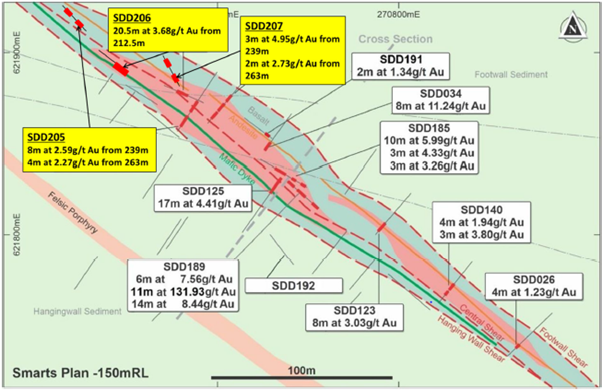 Troy has already concluded the geotechnical and mine design work and related economic assessment of the prospect up to the coping study level.

The drilling campaign established the mineralisation continuation between the gap of Smart 3 pit and Smart Underground. Also, the mineralisation from the 2014 Mineral Resource program extended towards the surface beneath the Smarts 3 pit ramp. This can be seen in the long section figures shown below with the drill hole location map. 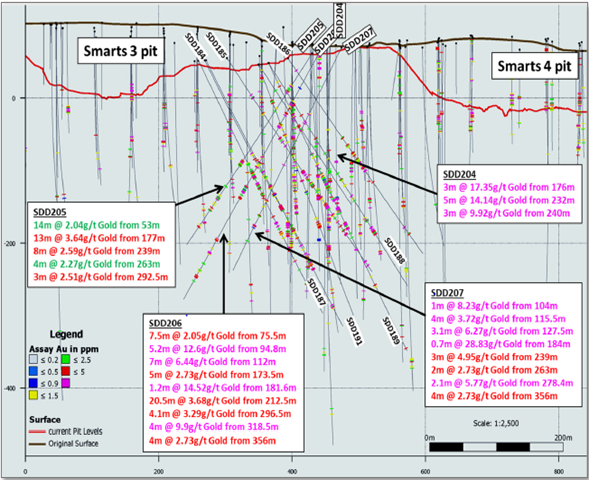 Troy will update the market on the Mineral Resource and Ore Reserve of the Smarts Underground shortly with key economic parameters.

Results from the RC drilling campaign

A total of 104 holes were drilled on the Goldstar prospect, with an average depth of 70m for each hole. The prospect is nearly 13 km from the Karouni Mill, and nearly 95% of the hauling road is complete.

Goldstar covers a strike length of 2,600m, with gold mineralisation showing its presence from the surface. Troy is targeting a Mineral Resource of 25,500 ounces from the prospect basing on the 500m of strike length. 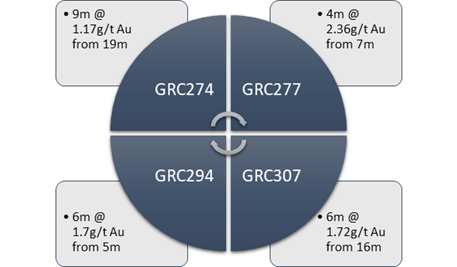 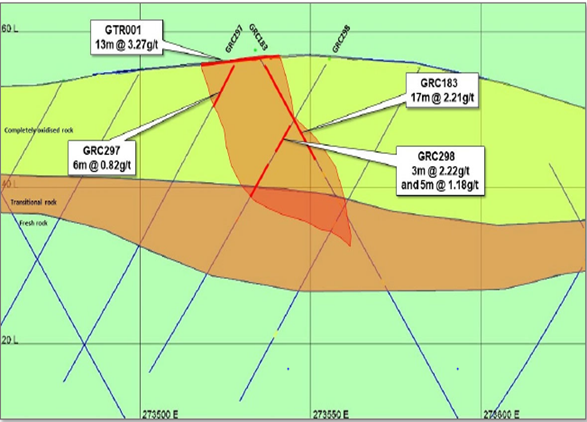 Gold dispersion within the weathered zone is demonstrated by the wide and low-grade intersection results at the points close to the surface. Troy will conduct the assessment for the mining potential on the prospect once resource modelling work is done.

The RC drilling on one of the highest prospective greenfield target Gem Creek was concluded in two phases, with the latest phase, including 48 holes.

Additional four diamond holes were also drilled with the main objective of geological interpretation of the formations and structures of the subsurface. The holes were drilled to a depth range of 151.5m to 302m.

The assay results from the diamond drilling are still under process and will be shared sooon. The below figure shows the position of the geologic holes and interpreted geology of the prospect. 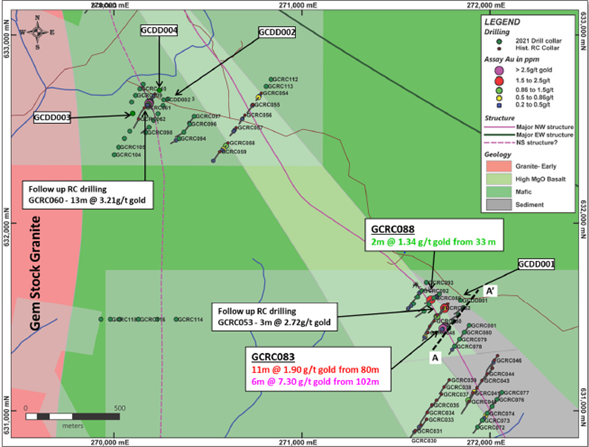 Troy has identified additional drill targets on the prospect based on the geological interpretation and intersection results from the RC drilling program.

Note: All financial figures are in AUD.