Iron ore and gold exploration and development company Shree Minerals Ltd. (ASX:SHH) has shared the activities report for the quarter ending on 30 June 2021, outlining the major events and milestone achieved during the period. 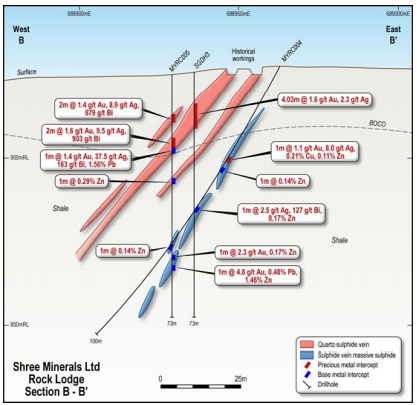 The regional neighbourhood of the East Lachlan Fold Belt holds a long heritage of mineral production, which includes gold (80 Mozs), copper (13 Mt), lead, zinc, silver and tin. In the past five decades, the prospect has been explored by only two companies conducting RC and diamond drilling campaigns. A total of seven target zones including the Monaro Prospect and the Bobundara Gold Mine were delineated from geochemical and geophysical surveys at Rock Lodge but haven’t been followed up.

Desktop Study: Shree had undertaken a desktop study at the project, revealing two very strong untested IP anomalies at the Rock Lodge Prospect, both of which are over 350m long.

Southern IP Anomaly - The anomaly is located just 1 km south of the northern IP anomaly and has not yet been sampled or drill tested.

Next Steps at the minerals project include –

Drilling and Land Access: The drill targets have been delineated by the geophysical and geochemical sampling which would be conducted once the discussions with landholders for land access agreements are finalised.

The company secured new exploration licences at Edwards Creek copper and Box Hole zinc & lead projects in the Northern Territory during the quarter. The projects are a part of the Arunta Joint Venture between Shree Minerals and Territory Lithium Pty Ltd in the renowned Arunta Region.

Multiple new copper occurrences have been discovered during the first field visit to the Edwards Creek Copper Project. In May 2021, a reconnaissance trip was conducted to review access and examine the location of copper and base metals occurrences, discovered by the previous explorers and the Northern Territory Geological Survey. 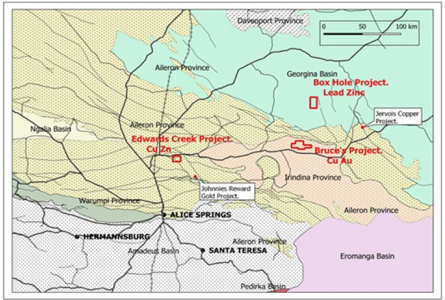 So far, 16 rock chip samples have been collected at Edwards Creek and shared for assay analysis of gold, copper and multielement. The assay results are pending and will be released in due course.

Shree plans to involve a geophysical consultant to remodel the electromagnetic data at Edwards Creek to target subsequent drill programs. Following the remodelling efforts, the old drill holes can be entered for conducting a downhole electromagnetic survey.

Additional exploration programs include geological mapping, rock chip sampling and an extensive soil sampling, which have been planned in the area surrounding the new copper occurrences.

During May 2021, a site visit was conducted on the Bruce Gold Project for the additional mapping of the quartz veins and workings at the Bruce Gold Prospect as well as for collecting additional rock samples along the mineralised trend. Shree has already delineated drill targets at the project and will undertake planning and approvals for the proposed RC drill program.

A total of eighteen rock chip samples were collected and sent for gold and multielement assaying. Shree proposes a RC drill program at the Bruce Gold prospect and has been seeking approvals to test the gossanous quartz veins.

An extensive quartz vein mapping has been planned to understand the structural setting and facilitate the targeting for the upcoming drill program. Additionally, reconnaissance mapping and sampling activities are also on the cards at the project.

Currently, the negotiations are underway between the landholders and the native land owners to secure the land access for drilling. 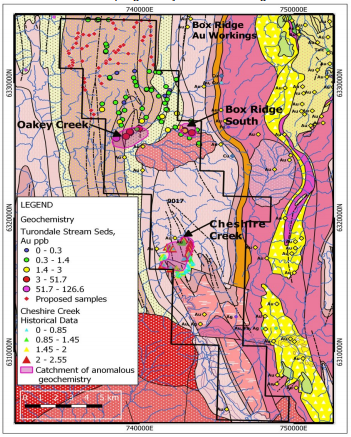 Shree completed an assessment of the previous exploration activities at its Turondale project in 2020 and also undertook an interpretation and target generation study. Subsequent to the target generation study, stream sediment sampling was recognised as the most efficient sampling technique. A total of 74 stream sediment samples have been collected ? i have added it to complete the sentenceat Turondale and as many as 63 more samples will be collected in the future.

The exploration campaign will include a stream-sediment sampling program at the project. A grid-based soil sampling program and geological mapping will also be conducted to generate drill targets for the follow up activities. 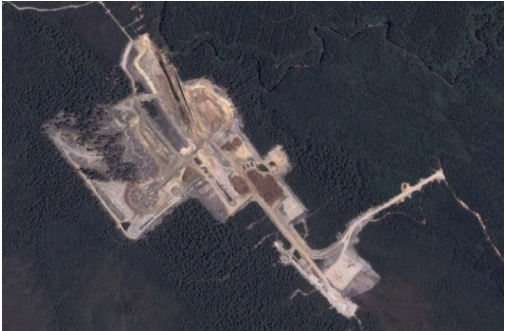 The comments were received from the Tasmanian Environmental Protection Agency (EPA) for the Development Proposal & Environment Management Plan (DPEMP) draft which was submitted for the recommencement of mining activities at the Nelson Bay River Iron Project (NBR) in January 2021.

Shree is collaborating with the technical consultants and the EPA to make the required amendments to the draft DPEMP. Committed to generating values for its shareholders, Shree seeks to continue to advance on the iron ore project.

Next Leg of Mineral Projects Under Planning

Shree settled AU$600,000 following the completion of the AU$3 million equity placement in March 2021. During the June quarter, the exploration and evaluation activities worth AU$131,000 were undertaken.