Rock-chip samples at the lithium project have returned grades up to 4.90% Li2O. The sampling program following the detailed interpretation of geophysical datasets and remote satellite imagery has delineated priority zones across the company’s portfolio of projects, including Split Rock, Turner River and Western Shaw. 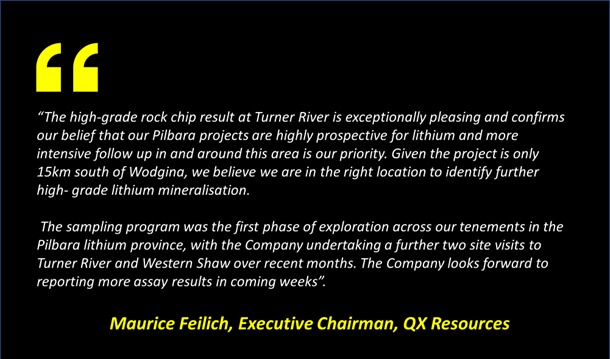 The field program is targeted to investigate and determine the extent of the known pegmatite dyke swarm, both laterally and along strike. The program tested the mineralogical variability of pegmatites and their potential to host lithium mineralisation.

The Turner River Lithium project is 15km south of Australia’s second-largest lithium mine, Wodgina, which is also one of the largest hard rock lithium deposits across the globe. Principal responses were received along the central north to north-east trending structural zones, and the two central zones that run parallel to the Wodgina lithium mine’s strike. Strong grades recorded from rock chip samples from these sites included the one with 4.9% Li2O, indicating the presence of further lithium mineralisation at Turner River.

The latest developments at the project site also support QXR’s acquisition of the Turner River exploration tenement in September last year. The project is located within the Pilbara lithium province, a premium destination for lithium. In the future, additional mapping and sampling will be conducted at other project areas, aiming to delineate further pegmatite dykes or dyke swarms at Turner River. Both tantalum and tin occurrences have been reported in the past at the tenements.

Outcomes of the sampling program 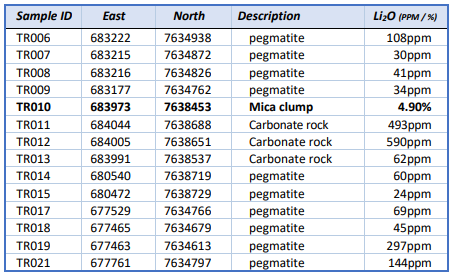 Small samples of weight less than a kilogram were collected from weathered exposures across numerous pegmatite dykes. QXR had involved Minanalytical Laboratories in Perth to conduct geochemical analysis for an array of elements associated with pegmatite dykes. 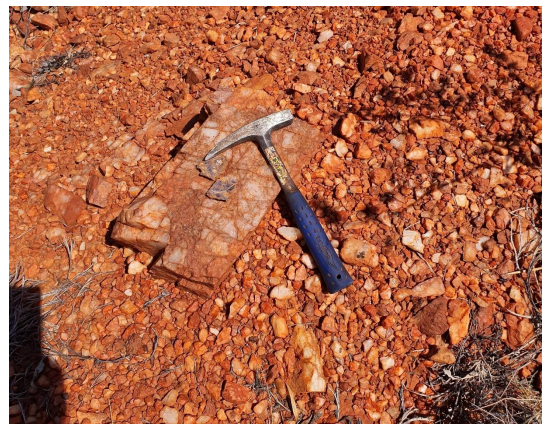 The most significant responses came from three samples namely, TR010, 011 and 012, which were collected from the north-eastern part of tenement E45/6042. Mica from collapsed trenches confirmed high lithium grades and was confirmed to be lepidolite. 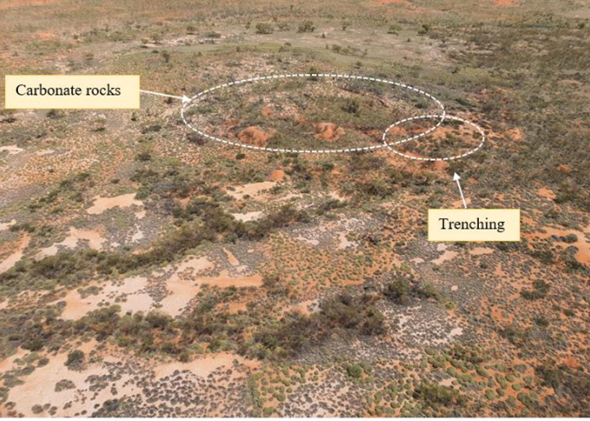 The diggings were limited to the base and the southeast portion of a low hill. Samples from exposed weathered and altered carbonate-rich rocks have reported elevated Li2O. These rocks will represent a carbonate-rich intrusion. Satellite images have also confirmed that the carbonate rock outcroppings at the low hill could be part of a larger geomorphic feature with 200m diameter.

Restricted sampling in the area was reconnaissance in nature and aimed at assessing the prospectivity for lithium mineralisation. The samples will be reassessed for a wide range of elements, including REEs, Ta and other elements of potential interest. Additional assay results from the latest sampling programs at Split Rock, Turner River and Western Shaw are anticipated in upcoming weeks.