The rising inflationary forces and the anticipated growth in demand for gold fuelled by the resurgence in gold jewellery demand in 2021 may change the game for the yellow metal.

Gold enjoyed an unprecedented rally in 2020, surpassing the US$2,000 level for the first time in the history amid the pandemic crisis. The COVID-19-induced volatility lit a fire under gold last year, as investors turned to the safe haven seeking stability in the face of market volatility.

All in all, these scenarios have been encouraging for the gold exploration endeavours of QX Resources Limited (ASX: QXR), which is focused on unlocking the potential of its Central Queensland goldfields projects.

Why Central Queensland for QX Resources?

In early February 2021, the company secured a new tenement package at the Llanarth project in the Drummond Basin, enhancing the gold player’s exposure to over 350 square kilometres at the renowned basin. The new tenement is considered prospective for both gold and silver mineralisation.

The Central Queensland gold projects are situated in the Drummond Basin, which has a gold endowment in excess of 6.5 million ounces complemented by a long heritage of gold mining.

Inching Towards the Maiden Drilling Program

The Lucky Break deposit is located along the Gregory Highway on EPM 14790 tenement. The technical team of QXR has been proactively analysing the historical drilling data along the 560-metre Lucky Break gold strike.

The deposit was previously mined by East-West Minerals NL (1987-88), extracting 90 kt with a grade of 2.4 g/t gold from the oxide mineralisation to a depth of only 15 to 20 metres. 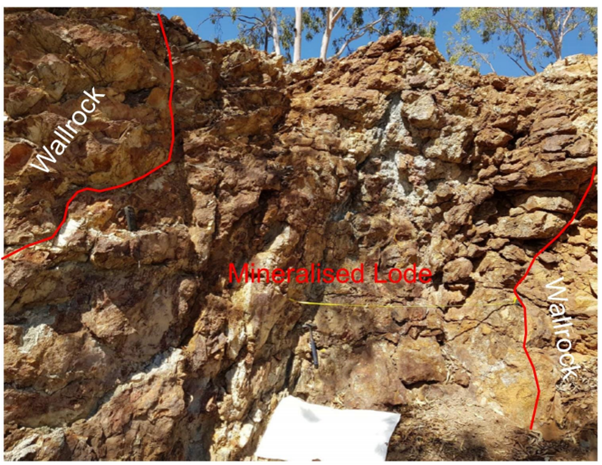 The wireframe modelling of the mineralised gold lodes has confirmed the potential of the Lucky Break deposit at depth. Consequently, QXR intends to commence a 2,000 metres RC drilling program in early April2021, contingent on the prevailing weather conditions.

The drilling campaign would target identified anomalies and the structural trends along with the infill, depth extension and twin studies.