Gold explorer turned producer Ora Banda Mining Limited (ASX:OBM) is dedicated to its Davyhurst Project, where the Company had reported its first gold pour in February 2021. Since then, the Company has been ramped up its activities to make substantial progress.

The Company had provided production and sales guidance with its report for activities in March 2021 quarter. Moreover, OBM has come a long way with important steps implemented to make sure it delivers at least the DFS production levels of around 82,000 ounces recovered for FY22.

The travel restrictions associated with Covid-19 and irregularly high workforce turnover levels, due to the related exceptionally tough and highly competitive labour market, continue to impact the open pit and underground mining productivity and production levels.

OBM is presently executing a variety of strategies to offer support in this key area.

Besides these unfavourable circumstances, the processing plant throughput has also continued to be unfavourable during April and May 2021. This is due to the low slurry caused by the high proportion of viscous, low-density oxide material from Stage 1 of the Riverina Open Pit.

However, the Company has taken significant measures to enhance the accessibility of fresh rock to the mill. This is further anticipated to boost the gold production levels to DFS levels during the September quarter.

Mining activities at Missouri open pit to commence in June

OBM expects Missouri open pit mine to offer an instant source of higher grader, harder primary ore feed from the initiation of mining activities that are anticipated to kick off in June 2021.

The progress at ground level indicates that key items of the mining fleet along with necessary site facility materials have been mobilised at the Missouri open pit. 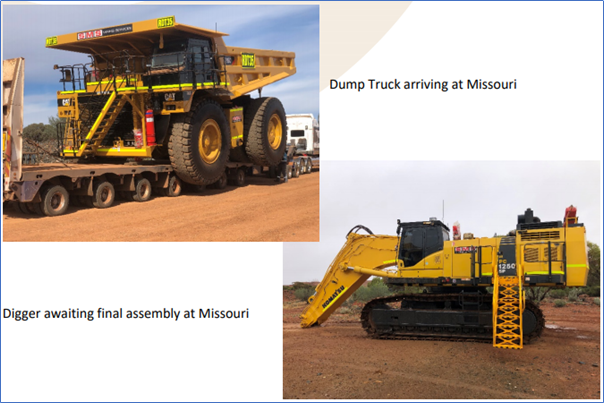 As per the DFS, mining at Missouri was proposed to be undertaken in one stage, which included a three-month pre-strip. Further, OBM has revamped the Missouri Open Pit into two stages so that ore mining can begin even after minor amount of site preparation has been made.

OBM remains confident that this open pit mining will boost the average gold grade processed through the Davyhurst mill from July 2021. This is based on the observation that the Missouri Ore Reserve grade of 2.6gpt Au is significantly greater than the Riverina Ore Reserve grade of 1.8gpt Au.

OBM moving ahead of plan at Riverina

Notably, OBM is progressing a little ahead of the plan with mining at Riverina. The Company has generated greater ore tonnes to date at a marginally lower grade for total ounces that surpass the ones projected in the DFS.

Although the high proportion of Riverina low-density oxide feed has taken a toll over the process plant throughput, OBM has plans to mine ever harder transitional and primary material at Riverina planned from June 2021.

OBM had delivered lower initial mine ore grades to the processing plant due to restrictions surrounding ore stockpiling space. Subsequently, OBM is now using high, medium, as well as low-grade stockpiles on the mine ore pad to improve the processed ore mixture.

OBM has reported production from the Golden Eagle underground mine to date for May of 25,620dmt, which surpasses the overall production during the March quarter, which stood at 25,235dmt.

Currently, OBM has been working closely with a contractor specialising in underground mining to enhance underground production rates at the mine.

After the early development work at the mine, new information has resulted in the evaluation of the geological interpretation of the southern mining region. This area was interpreted as a sub-vertical shear comparable with the highly consistent north zone. 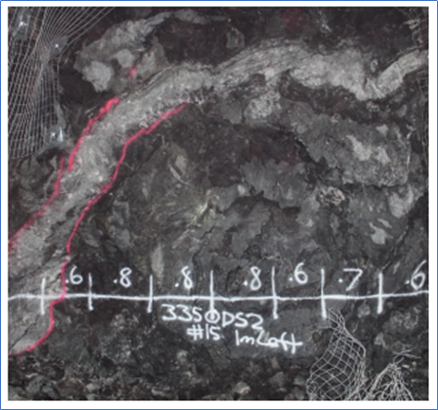 Furthermore, a fold nose was also delineated through development activities and has been followed up-dip for 60m till now and leads to a modestly flat limb to the mineralisation which alters the lode’s orientation.

Enhanced potential for broader, flatter dipping ore zones is suggested through new geometry, along with the narrower sub-vertical zones.

The Company is currently progressing the reinterpretation of the mineralisation and intends to complete the same in the future.

OBM is optimistic about the prospectivity of the flat-lying characteristic of the mineralisation to enhance the ounces for each vertical metre in the Golden Eagle underground mine.

Presently, results on around 18,000 assays are pending, and OBM has been working with one of its key commercial assay laboratories. Subsequently, OBM now believes that the installation of an accredited onsite sample preparation laboratory at commercially attractive terms can help to materially lower the sample turnaround times.

Now, OBM has kicked off preliminary studies for additional investigation into this opportunity.