Musgrave Minerals Limited (ASX: MGV) is on a roll at the high-grade Cue project, with another set of results unveiling a new gold corridor at the project. The excellent results come from the first basement Reverse Circulation (RC) drilling of regional targets (Target 5, 14 and 20) where high-grade gold has been intersected along the new corridor. 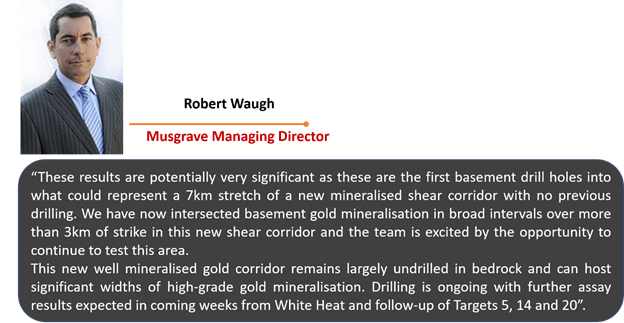 Significant gold mineralisation was returned from the first basement RC drilling (west of Lena), delivering a new mineralised corridor, which extends from Target 14 (in the north) through to Targets 5 and 20 (2.5 kilometres to the south) where mineralisation remains open. The area has not been subject to previous drilling, and the corridor runs for almost 7 kilometres. 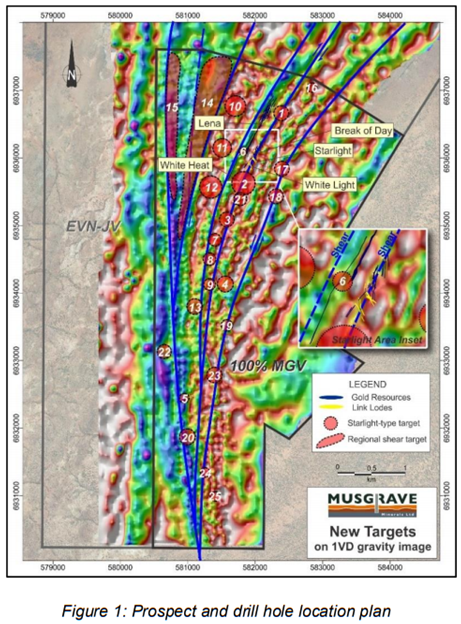 At Target 14, the drilling was aimed at identifying the source of a regional regolith aircore gold anomaly (800 metres west of Lena), which is interpreted to portray a shear corridor, which is likely new and untested and is hosted in sedimentary and felsic lithologies.

The drilling has intersected robust and shallow gold mineralisation, open down dip and along strike.

The early-stage broad intercepts outline a well-mineralised corridor, which has remained mainly undrilled in bedrock and has a potential to host high-grade gold mineralisation of significant width. One-metre samples from anomalous gold composites have been submitted for individual analysis.

Four out of six RC holes returned mineralisation, drilled over a ~200 metre strike length (remaining open to the north, south and down dip).

One metre resamples include:

Further aircore drilling is being undertaken and another RC drill rig is now being sourced to follow-up the outcomes.

At Target 20 (400 metres south of Target 5), the drilling intersected:

Sneak Peek at the Numbers Prospect

At the Numbers Prospect, a single RC hole was drilled to confirm continuity. The drilling intersected mineralisation from the surface that is consistent with the existing model. The prospect hosts a historical Inferred Resource of 278,000t @ 2.46g/t Au for 22,000oz gold. 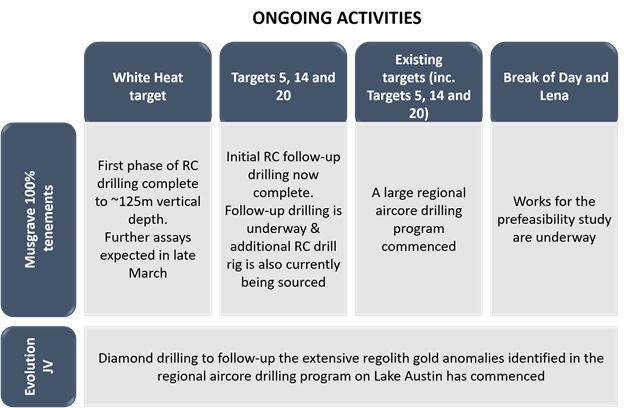