In a significant development, Middle Island Resources Limited (ASX:MDI) has defined the exploration program for the Sandstone gold project based in Western Australia for the remainder of this year.

The Company has defined five near-mill geochemical targets for first pass exploration, comprising the Jew Well Central target that hosts 5km of completely untested greenstone, which is majorly veneered by a transported cover. Furthermore, the Company has reiterated the strategy for the Sandstone gold project, which remains to re-commission the mill. 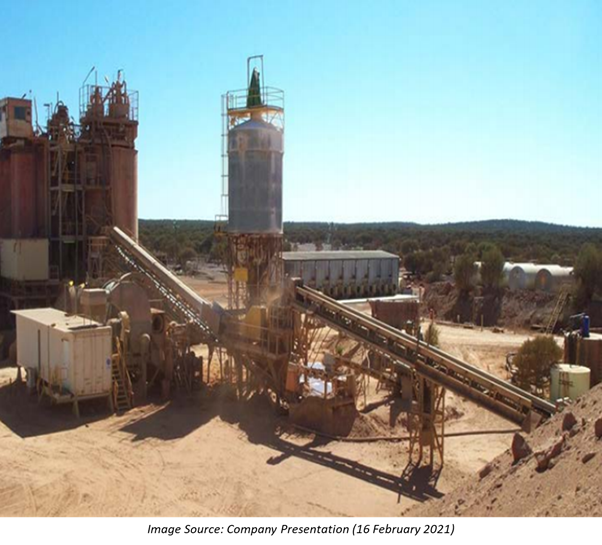 The gold explorer has estimated that more than 70 per cent of the Sandstone region is veneered by transported cover, with historical soil geochemistry being futile.

Thus, the Company has decided to utilise low-cost first pass auger drilling geochemistry up to a depth of 20m to delineate gold targets below transported cover. The planned auger program includes about 3,000m of auger drilling (contingent upon an average depth of cover) and will take around three weeks to complete.

The planned auger exploration will cover the targets highlighted in the below figure: 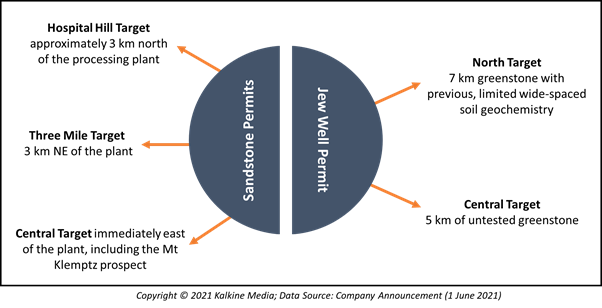 Middle Island has planned to undertake Aircore and RC drilling in due course to follow up any targets discovered via auger drilling.

The Company has further planned to carry out extensional and infill resource definition drilling on many existing deposits. Following the successful completion of the 2020 drilling program, the Company sees significant potential to extend some deposits, including Shillington Gap, Shillington North, and Ridge NW.

Within existing deposits, the gold explorer plans to convert some Mineral Resource from Inferred to Indicated status. Besides, the Company intends to complete a JORC 2012 Mineral Resource estimate for the Eureka deposit, following limited infill drilling finalised in early 2021.

Middle Island highlighted that the Company’s aim with respect to the Sandstone gold project is to re-commission the Sandstone mill and become a gold producer. Achieving this objective requires one or more of the following:

In the recently concluded Feasibility Study (FS), the Company reported the gold production target, with 2,068kt of mill inventory at 1.32g/t gold and a weighted average gold recovery of 92.9 per cent in 81,500oz of gold produced.

The Company mentioned that increasing this gold production target requires one or more of the following:

Interestingly, Middle Island is concurrently and actively pursuing all of these requirements.

Looking forward, planning is underway for a deep ~700m diamond hole to evaluate untested portions of the tonalite-hosted mineralisation beneath the existing Resource at the Two Mile Hill deeps deposit. Besides, the Company is progressing discussions with explorers in the Sandstone region to explore mutually attractive corporate or milling arrangements.