In January this year, international vanadium peak organisation, Vanitec, released a report which estimated that global production of vanadium was 109,187 metric tons of vanadium (MtV), while global consumption was 107,554.

The Vanitec report states that as global steel production recovers following COVID-19 and the vanadium consumption rate in China continues increase on the back of growing use of vanadium in rebar, global consumption of the commodity is forecast to grow to 118,000 MtV in 2021.

Global production of vanadium is anticipated to reach 113,000 MtV in 2021, creating a supply shortfall of more than 5,000 MtV for the year.

This positive momentum is expected to continue in the long-term, as the fast-growing renewable battery market is rapidly becoming a growing segment of vanadium consumption via the  Vanadium Redox Flow Battery (VRFB).

As per Bloomberg New Energy Finance, almost $548 billion is anticipated to be invested in battery capacity by the year 2050, with two-thirds on the grid level and the remainder by households and businesses. 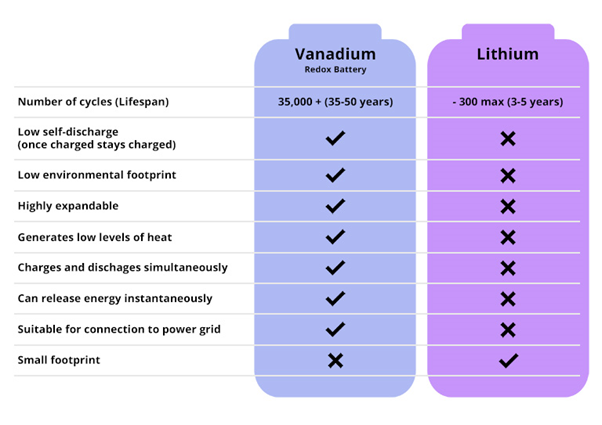 Julia Creek – One Of The Largest Vanadium Deposits Globally

The bright outlook for vanadium demand bodes well for QEM Limited (ASX:QEM), which is progressing its flagship Julia Creek vanadium and oil shale project that stretches over 249.6km² in North Western Queensland, Australia.

Following a major exploration program, the vanadium JORC resources at Julia Creek increased by ~62% in October 2019 to 2,760 million tonnes with an average grade of 0.3% V2O5.

This makes Julia Creek one of the largest vanadium resources in the world.

Crucially, the identified vanadium mineralisation is located at a shallow depth and offers a favourable strip ratio of ~2:1, minimising the operational expenditure associated with the mining, hauling and waste management.

QEM intends to develop an open pit mining operation at the project to benefit from the shallow mineralisation.

This gives QEM a substantial competitive advantage over the vast majority of prospective vanadium producers, as the existence of a second commodity at Julia Creek enables significant potential production cost efficiencies and enhanced market opportunities.