In its continuous endeavour to unlock the gold potential of its Victorian gold project, Kaiser Reef Limited (ASX:KAU) is going strength to strength on A1 Gold Mine. Kaiser had launched a diamond drilling campaign on the project to evaluate near-term mining opportunities and extension of the host-rock in the subsurface.

The drilling campaign on the mine area is ongoing since the beginning of this calendar year, and Kaiser keep updating the market with the assay results. The latest of the drill intercept results have yielded gold value up to 802.9g/t from one of the holes. Significant intercept results are:- 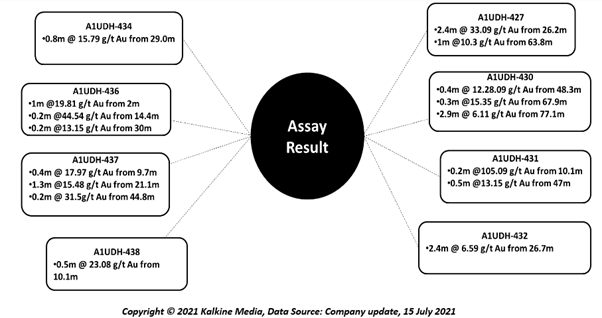 The drilling program is ongoing in the mine area since the beginning of this year.  The program was designed in a fashion to extract information regarding the near-term mining activity. The campaign saw increased density of drilled holes to instil confidence in medium-term bulk tonnage stope mining. The drilling program was also intended to test the depth for extensions of the gold-bearing host rocks at depths. 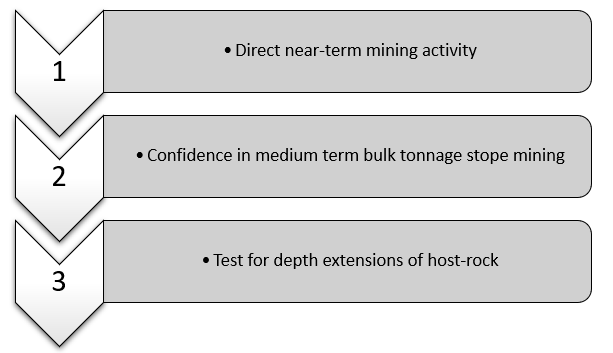 The results show the campaign has been successful in delineating the positions of the gold-bearing reef system. The reef is being mined currently on the project. The result for bulk tonnage at Queens Lode is still pending. The mineralisation at the Queens Lode is open, and further extensional drilling is required. 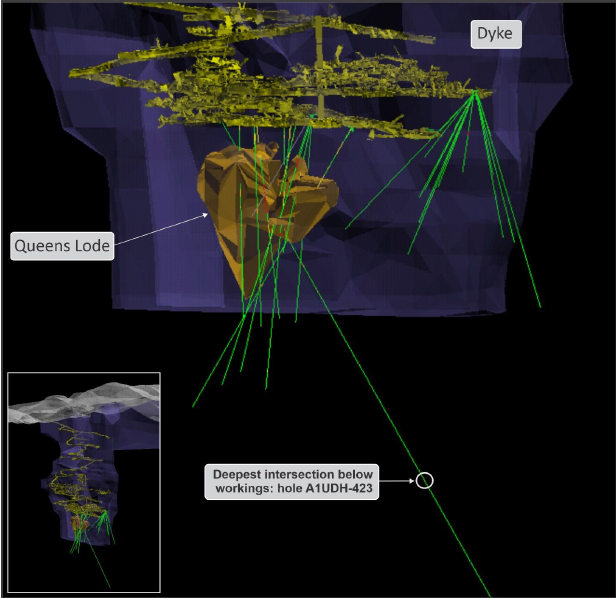 Diorite dyke is the host rock on the A1 Mine. Depth extension of more than 200m (vertical) was indicated by the drilling results. Drillholes A1UDH-422 & A1UDH-423 were designated for depth extension. The drilling has delineated the presence of host-rock to at least a depth of 140m below the deepest workings and remains open at depth.