The historical journey of Xanadu Project

Historically, gold mineralisation at Xanadu was discovered by BP Minerals in 1985. Geological studies at the project identified a gold association with fine-grained pyrite and arsenopyrite, and sericite and argillic hydrothermal alteration with carbonate alteration and silicification.

The project saw little exploration between 1989 and 1992 as RTZ Corp acquired BP Minerals Australia and renamed it Riomin Australian Gold.

Back in 2021, Platina Resources acquired the Xanadu Gold Project, which holds an immense appeal, owing to a number of significant economic-grade gold drill intercepts.

In the second half of 2021, the company commenced an Induced Polarisation (IP) geophysics program, covering a 7km target zone identified as a high priority target during geological mapping. 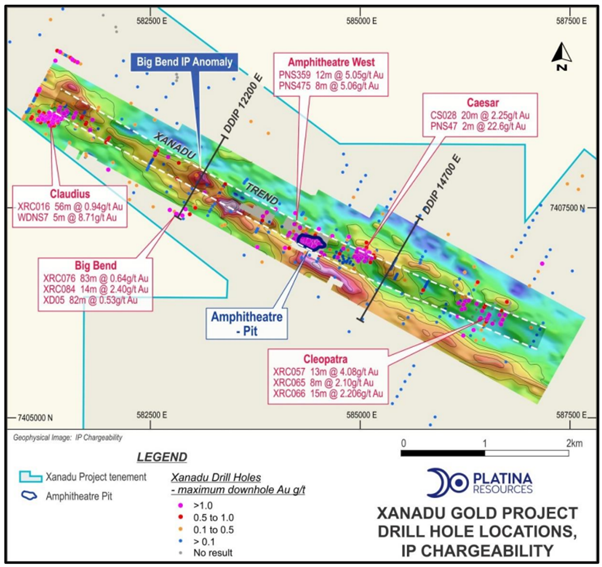 Later, the geophysics program identified various anomalies for drill testing. Additionally, the IP data also identified a linear zone, defined by the margin of conductive and resistive features, which maps out a target zone of 6km strike length.

Furthermore, a follow-up dipole-dipole IP surveying has delivered more detailed confirmation of chargeable targets along with this linear target zone.

Meanwhile, the company has also commenced preparatory work for heritage surveying and other statutory requirements to enable drilling including: