Alchemy Resources Limited (ASX:ALY) has been making some serious strides at its flagship Karonie Project, with the company ticking off significant milestones during the past couple of months. The project is located in the east of Kalgoorlie in Western Australia.

The company started exploring Karonie as a standalone gold project; however, recent successful exploration work has highlighted significant potential for lithium across the project area. The company is now exploring the tenement area for gold as well as lithium. 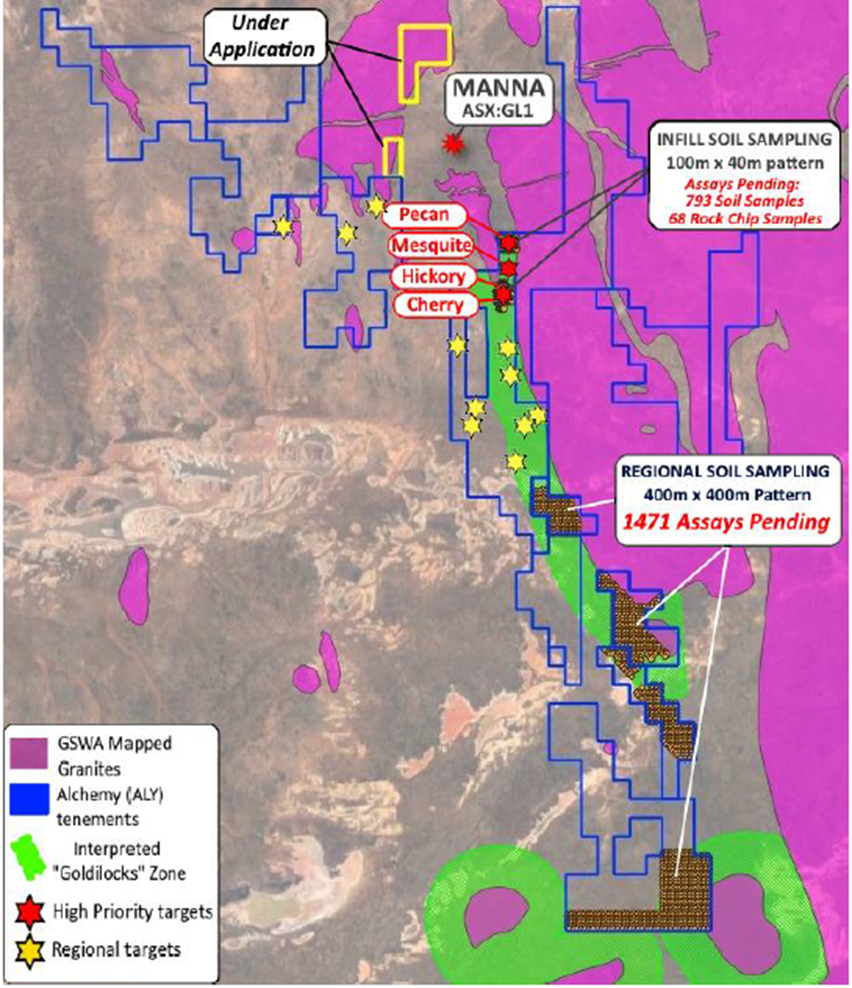 Alchemy has completed gold exploration drilling at Gilmore, Karonie East and KZ5. The company is awaiting pending assays to design next steps.

For lithium exploration, the company has delineated four prospects on the tenement - Cherry, Hickory, Pecan and Mesquite. A detailed mapping and rock chip sampling was undertaken on the prospects by the company’s field team recently.

The sampling operation achieved a number of objectives: -

The sampling as well as mapping operations defined additional pegmatites with the total mapped dimensions of the zone increasing to 7.3kmX1.5km.

At Cherry and Hickory, additional outcropping pegmatites were identified through further ground truthing of the lithium anomalies. ALY was able to map several outcrops along a combined strike extent of >1.4km.

A broad zonation has been identified in the proximity of Cherry with rubidium anomalism to tantalum-rich zones at Hickory. Even the strongest zones of tantalum mineralisation (122 ppm) occur at the northern end of mapped pegmatites at Hickory. 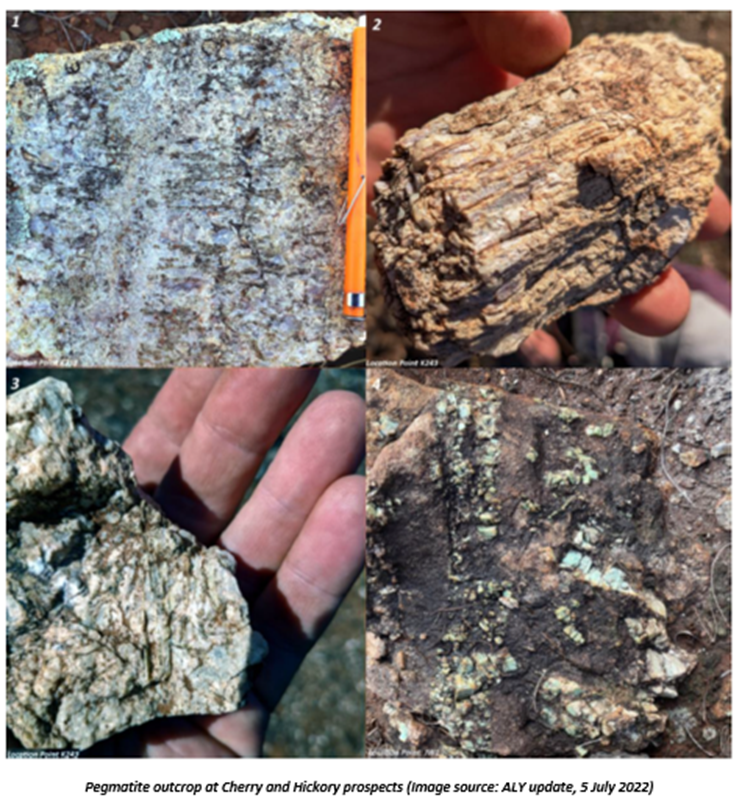 Along with mapping, infill soil and rock chip sampling were carried out on the Cherry, Hickory and Pecan prospects in June 2022. A total of 793 soil samples and 68 rock chip samples were collected during the operation. Multi-element analysis of the samples is underway.

Alchemy has previously undertaken a regional-level study on Karonie regional area, which led to the identification of additional lithium targets. Nearly 50km of strike extent runs through the Karonie tenure and lies along the contact zone of a regional granite.

These are located within largely untested ‘Goldilocks Zone, which sits within the greenstone belts and outside of the granitic terrain. This is a defined corridor containing LCT (lithium-caesium-tantalum) pegmatites. The zone and is located.

The company has designed a soil sampling program (400m x 400m spaced) to look for signs of potential LCT pegmatite mineralisation. A soil sampling operation with 1,471 samples was completed in late June 2022 for which assays are pending.

Alchemy’s Karonie Project is at an exciting exploration juncture for gold and lithium. Gold acts as a hedging instrument during uncertain economic times. Lithium is on fire lately due to increased interest in EVs and energy storage units.

Alchemy expects its planned operations to offer significant growth opportunities in the near term.