In the nineteenth century, the discovery of high-grade gold mineralisation in the Charters Towers goldfield brought the entire region into spotlight, attracting gold seekers to the hinterland. At its prime, over 40 companies operated within the goldfields at 206 mining leases. The world-renowned goldfield hold an impressive legacy of producing over 6.6 million ounces of gold production.

The historical record from the region reveals that the goldfield churned out well over 200,000 ounces of gold for straight 20 years in a row, with the highest gold production of 320,000 ounces in the year 1899.

Citigold Corporation Limited (ASX:CTO), an Australian gold exploration and development company, is all set to rewrite the history of gold mining at the Charters Towers goldfield. The company holds substantial mining leases and exploration licences in the region and is progressing on dual front of exploration and production on the project.

Citigold had undertaken an extensive exploration program on its tenure and has estimated an Inferred Mineral Resources of 14 Moz Au. Further, the Company has already kick-started the exploration activities for the year 2021 following the wet season.

The Company has secured mining leases and permits that cover a total area of 175 km2. The Mining Leases are obtained in advance for the areas where gold is planned to be extracted. This will save considerable time once the mining site is ready to see some mining action. To explore the potential of the surrounding areas, Citigold has Mineral Development Licences in place. The step will ensure the potential to extend gold mineralisation on the project as the Company advances its production operations.

For long-term growth, CTO has secured Exploration Permits to carry out the exploration activities in the areas far from the known gold mineralisation zones. The preliminary works have exhibited the potential of silver and base metals on tenements along with gold.

The sampling program of the second half of 2020 had returned encouraging results, exhibiting the possibility of occurrence of gold far from the source. For the sampling program, 84 samples from different locations were collected, and twelve of them have returned anomalies in the 2mm size range of the sand fraction in the stream sediments. 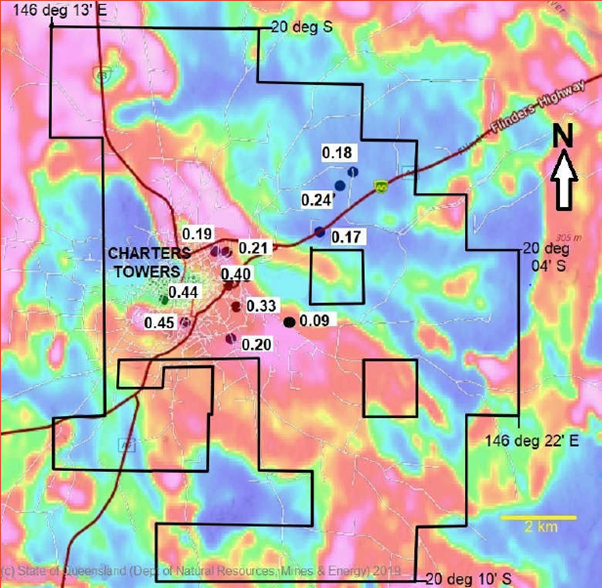 Three anomalous samples from the northern edge of the exploration permit revealed gold values of 0.59, 0.51 and 0.83 g/t Au. There is no historical evidence of any prior exploration works conducted in the area, and the finding opens a new horizon on the project.

One of the rock chip samples, Sample no. 74, exhibited the presence of base metals and silver. The base metals included zinc (2.03%), lead (0.8%), copper (0.07%), while precious metals were silver (29g/t Ag) and gold (10.5g/t Au). The sample may indicate the presence of an additional different styles of mineralisation on the project area. The signature of the sample matches to that of Volcanogenic Massive Sulphide (VMS). The presence of such deposits is not known at Charters Towers.

Citigold is Restarting a World Class Gold Mine

As mentioned earlier, Citigold is advancing on a dual strategy of exploration and production from the project, and the company has its Central Mine site ready to commence production. The company is also working on the final design and engineering work. 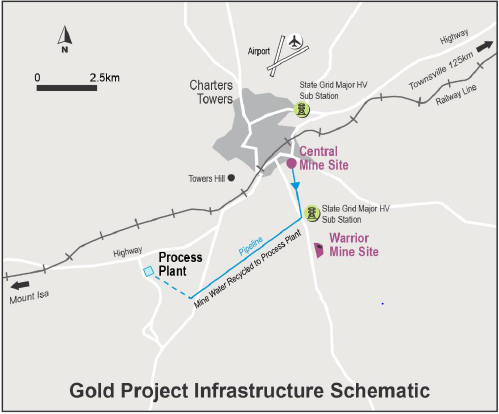 Citigold had already produced over 100,000 ounces of gold from the Charters Towers Goldfield during gold production trial mining. Underground mining will be the preferred mining method on the mine site.