With its on-ground operations team working at a phenomenal pace, Canada-focused Calima Energy Limited (ASX:CE1) has completed three wells and spudded the fourth well as part of its four-well drilling campaign in the Brooks area of Alberta. 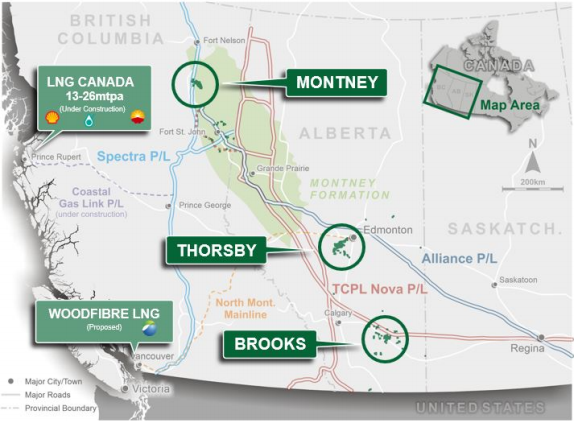 The first well, Gemini #1 was re-entered, and an additional leg was drilled to optimise the production from the well. The re-entry and the drilling operation cost an additional C$400,000 to Calima.

The 3D seismic interpretation and refinement of the geological data received while drilling the original well led to the decision of drilling the additional leg to ensure an efficient drainage of the reservoir and optimum rate of production.

Gemini #1 has been tied to the production facility of Blackspur, and initial flow-back and production commenced on 26 June 2021.

The Gemini #2 well commenced initial flow-back and production on 24 June 2021. The well was drilled under budget, costing around C$700,000.The well exhibited excellent oil and gas shows during drilling up to a measured depth of 1,686m. Gemini #2 is expected to produce as a type curve well.

Calima Energy recently finished the drilling of its third Sunburst well in Brooks- Gemini #3. The well has been drilled up to a measured depth of 1,960m and is anticipated to join the production stream in mid/late July this year. A short tie in the pipeline to existing facilities is required to add the well to the production system. 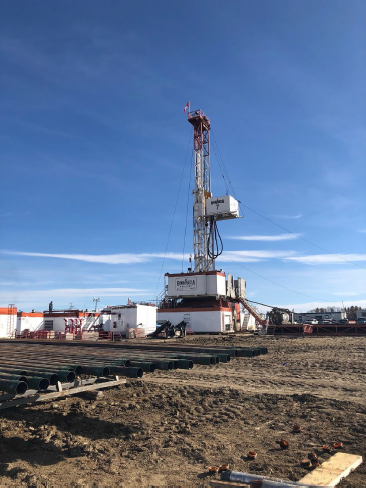 The final well under the current campaign on Brooks’ asset- Gemini #4 was spudded yesterday on 27 June 2021. The well is a step out from the existing wells and may add to the 1P and 2P reserves of the field. Nearby existing oil and gas infrastructure will be used and results in a very short gas tie-in. Calima estimates if further wells are drilled in the area, installing new oil processing equipment on location would prove economical.

After completing Gemini #4, Calima will determine the final facilities requirements for Gemini #5 and plan for its drilling.

Calima is planning a three-well drilling campaign in the Thorsby area to boost production. Eyeing the strong WTI prices, the Company intends to complete the wells and bring them into the existing production facility. The Sparky formation wells in the Thorsby area have the potential to produce at economical rate.

The wells drilled on the Sunburst formation are conventional, horizontal wells with relatively shallow target depth. The wells do not require additional stimulation, such as hydraulic fracturing, to bring them into production.

The average well cost is around C$1 million. The wells are tied to the existing production facilities of Blackspur. 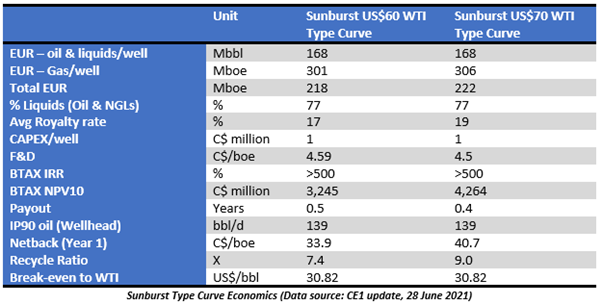 Blackspur has drilled 51 wells so far, and the Brooks asset’s average production reached 2,215boe/d in May 2021. Calima is targeting to achieve its year-end production guidance of 4,500boe/d to generate sustainable cash flow.

Sunburst and Glauconitic are the main hydrocarbon-bearing formations in Brooks. There are 143 locations in the area with an all-year round connection. Currently, the Company has 16 Sunburst and 17 Glauconitic proven undeveloped (PUD) wells. 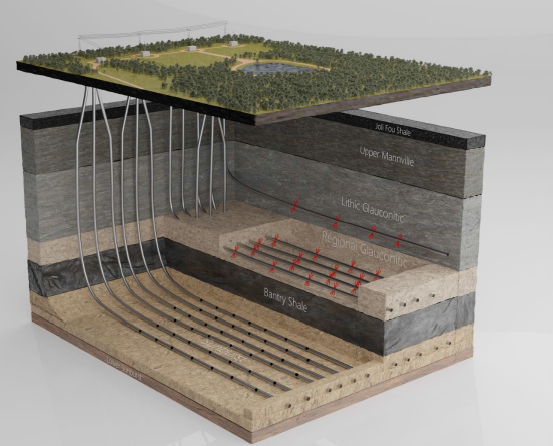 Currently, Sunburst is the Company’s operational focus; however, there could be some actions on the Glauconitic formation owing to the strengthening crude oil prices.

Meanwhile, CEO and President Jordan Kevol commented: “Based on current commodity prices, we are continuing to get wells licensed and ready for potential additional drilling subject to energy prices and free cash flow. With both Brooks and Thorsby having great access, logistics and infrastructure, we are able to respond to market conditions and quickly add new production.”