The Company has successfully completed a four-hole drilling campaign on the Sunburst formation in the Brooks area. All the four wells were horizontally drilled open holes and do not require additional hydraulic fracturing jobs to commence production.

Calima recently provided guidance for production and cash flow through the year 2022. The average production for the period from May to December 2021 is forecast to be around 3,700boe/d with exit production pegged at ~4,500boe/d.

The company expects the four Sunburst wells to bolster the production. Additional drilling campaigns are planned on the Thorsby asset, in what might give further boost to the Company’s production. 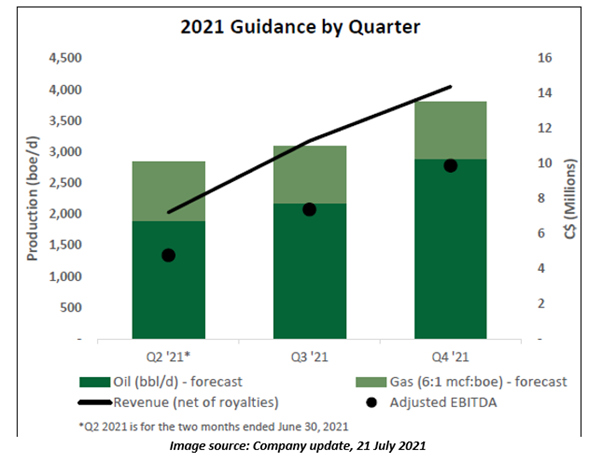 Calima has estimated capital expenditure (CAPEX) of C$20 million for the May-December period. For the year 2022, the Company has set aside a CAPEX of C$33 million. This increase in CAPEX is expected to go into additional drilling and development works on other assets of the Company.

The oil & gas leases in the Brooks and Thorsby areas represent the cash flowing asset base of the Company with long-term upside. The Brooks asset produces nearly 2,050boe/d, while 850boe/d comes from the Thorsby area.

The Brooks asset has a large resource in place with multiple oil pools identified and developed. The Company has identified 147 net locations in the area.

Of the four wells drilled, three tied to the production system are performing on the basis of their type curves. Production from the fourth one is anticipated by the end of this month. 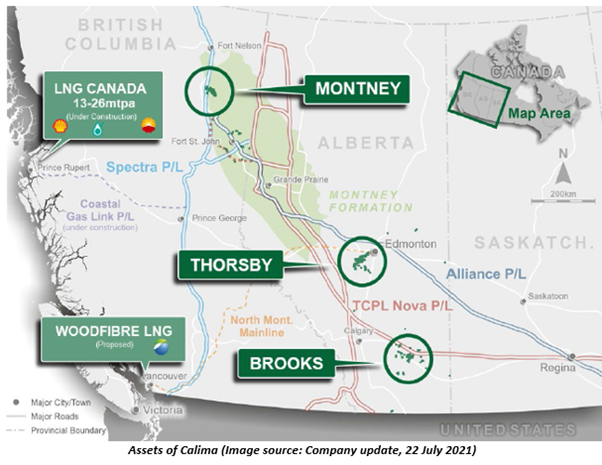 The Thorsby area has the Sparky and Nisku formations with multiple hydrocarbon pools. In the area, a total of 11 wells have been drilled to date. Calima is all set to drill three development wells in the area with a possibility to add three more to the campaign.

The existing pipeline has a capacity of >11,000boe/d, which can be ramped up quickly. The Company has approvals to develop and operate a multi-well production facility. Permits are in place to connect well-pads with regional pipeline and processing infrastructure. 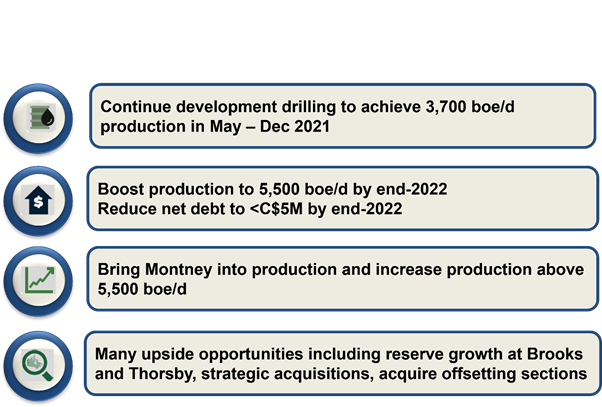 Calima’s strong commitment to Environmental, Social, and (Corporate) Governance is reflected  by the following features: