ASIA, HACK, CRYP: Why these ASX-listed ETFs fell over 20% YTD

The AU$137,000 funding was awarded to Cortical Dynamics to further develop its Brain Anaesthesia Response Monitor (BARMTM) in order to optimise patient experience under anaesthesia and also to implement brain data monitoring and feedback.

The grant was secured from the fourth round of the BioMedTech Horizons (BMTH) program, a Medical Research Future Fund’s (MRFF) initiative, which was delivered by MTPConnect.

Cortical Dynamics is an Australia-based medical device technology company which targets to disrupt the medical devices industry with a cutting-edge brain function monitoring product. The technology is already widely recognised by leading experts in anaesthesia across the globe.

The proprietary product, BARM™, is already regulated by CE, TGA and Korea MFDS. BARM™ follows a physiological approach to measure effects of anaesthetic drugs on brain electrical activity for surgical operations under General anaesthetic. The BARM™ algorithm is conceptually inspired by the model of the electrical activity of brain (EEG) in humans. 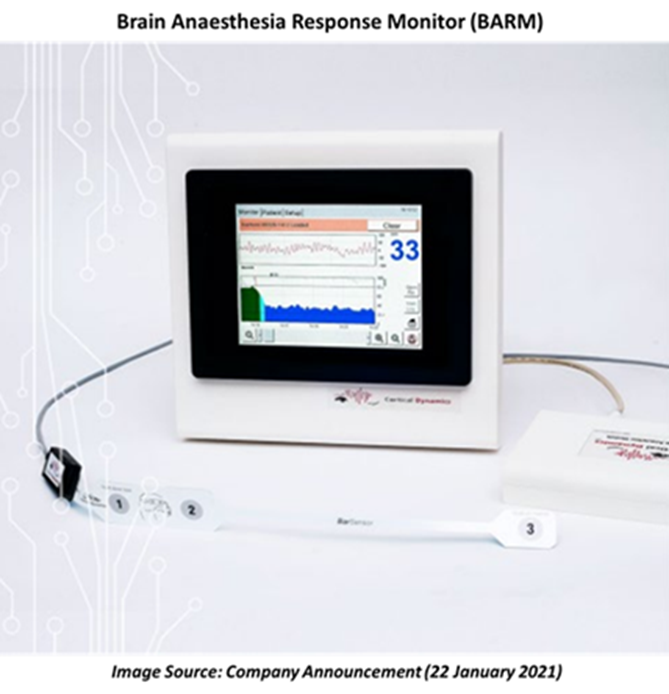 Cortical Dynamics is among the three companies selected for the monetary award.

Talking about the BMTH program, Stuart Dignam, the CEO of MTPConnect, said that the program was designed to support the development of the Australian medical device sector.

Adding on, he said -

“Targeted funding provided through our BMTH program addresses gaps in early biomedical and medical technology product development and this round focused on the further development of pre-commercial prototypes entering human clinical trials. From the three selected projects, patients in the future are set to benefit from improved outcomes when they are anaesthetised; better diagnosis, treatment and management of functional gastrointestinal disorders; and better predictive tests, diagnosis and treatment for diabetic kidney disease.”

The selected projects need to take critical steps to further develop their medical technologies towards the commercialisation of their products. The collective funding allocated to the selected projects has leveraged an additional $1.04 million in contributions from the industry, enhancing the total fund inflow into the healthtech sector to $1.94 million. Altogether, 49 projects have been funded across four rounds of the BMTH program.