The company with cash balance of A$32 million (US$22 million) remains in a strong financial position to fund exploration ventures at its world-class coking coal asset.

Aspire continued to progress the Definitive Feasibility Study (DFS) for the OCCP during the quarter. To complete the DFS, the company requires to drill additional holes around the intended starter pit location. Thus, the company has lodged a Detailed Environment Impact Assessment (DEIA) report with the Ministry of Nature, Environment and Tourism for review and approval. The ministry has appointed a Professional Council to review and discuss the DEIA.

Meanwhile, Aspire has received overwhelming support from the local community for the project.

From the operational point of view, the June quarter was very fruitful for the company. AKM completed the Front End Engineering Design (FEED) studies for the Erdenet Rail Terminal (ERT) infrastructure and for the Coal Handling and Preparation Plant during the reported period.

CHPP FEED study - AKM had engaged Sedgman Pty Ltd to conduct the CHPP FEED study. The major findings of the study indicated that the facility could run with a nameplate capacity of 350 tonnes per hour for more than 7,200 hours annually for 20 years of life. The plant is estimated to cost US$77 million for construction.

Based on the finding, Sedgman developed a process flowsheet. 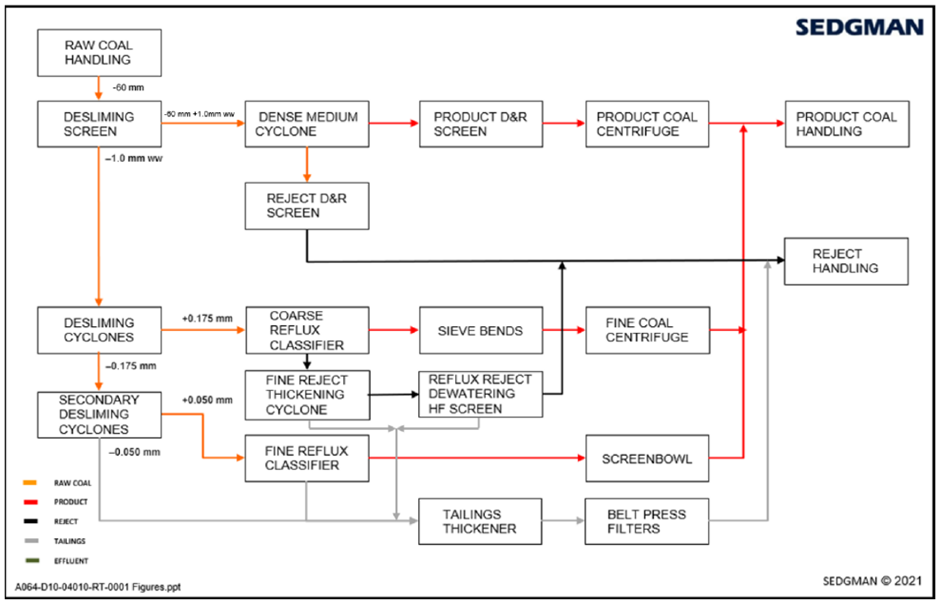 The simulation results demonstrated that the selected process flowsheet could produce the product with 10.5% ash (air dried), at a yield of more than 80% (air dried), and with total product moisture of less than 11%. The performance is dependent on the actual quality of the ROM coal input, which will vary.

Owing to the softness of Ovoot coal (Hargrove Grind Index of 100) and the distinctive contrast between the specific gravity vs inherent ash of the coal, AKM believes high yield is achievable.

The unit cost for the CHPP facility is estimated to be around US$2.39 per run of mine (ROM) tonne with a throughput rate of 2.5Mtpa.

ERT FEED Study - The rail terminal infrastructure facility at Erdenet includes coal storage, truck unloading, and train loadout facilities. The main focus of the design is to facilitate the transloading of washed coking coal from road trucks to rail wagons.

Conceptual plans for the process infrastructure include a 1,700 tph train loadout facility and 58,500 tonnes of enclosed storage with a truck unloading capacity of 750 tph.

The FEED study projects a 15-month construction time period with 8 months for pre-construction procurement, permitting, and detailed design work and seven months for on-the groundwork requiring up to 170 personnel.

The ERT infrastructure is estimated to entail a total capital cost for building of US$17.7 million. This includes US$2.3 million for an EPC contract allowance but excludes owner expenses, like those for additional research, permits, and tendering. 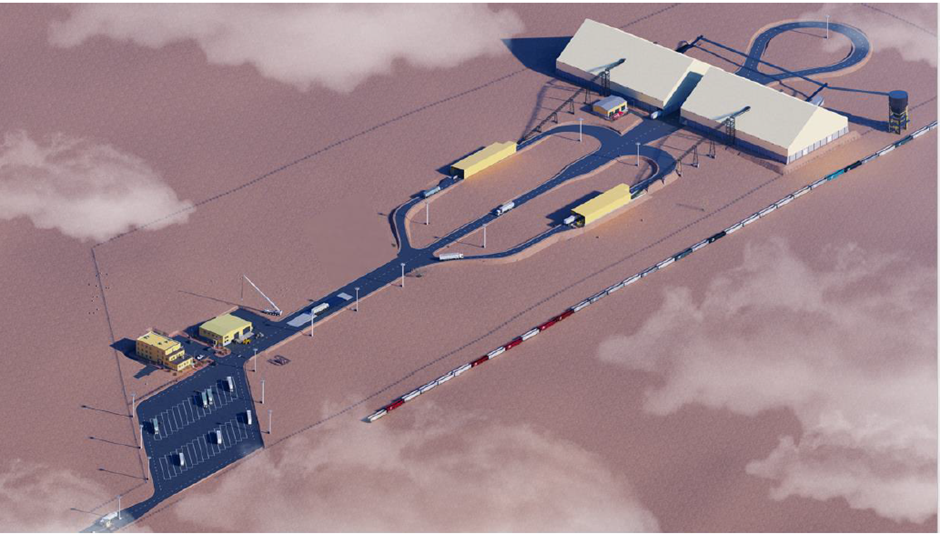 Ovoot Project and ERT connecting road - As per the compliance requirements of the Ministry of Road and Transport Development, Gobi Infrastructure Partners and ICT Sain Consulting, local engineering consultants, continued to develop the feasibility study and detailed design for the paved road to be used for transporting washed coking coal from the OCCP to the ERT during the quarter.

The Road and Transport Development Centre-appointed Science and Technology Council has received the final feasibility study section for review. The submission of the Detailed Design will be followed by the approval of the Feasibility Study.

Aspires anticipates receiving the final approval during the September 2022 quarter.

Prime Minister Mr Oyun-Erdene recently announced the development of the 415km Choibalsan - Khuut - Bichigt railway. Work is expected to commence at the border post at Bichigt in Mongolia with an initial target capacity of 25 million tonnes annually.

The Bichigt port, likely to get completed in two years, is expected to provide an opportunity to diversify the company’s potential customer base.