Alchemy Resources Limited (ASX:ALY) has started 2022 on a high note. The Company has commenced a major airocre drilling program over its wholly owned Karonie Gold Project in WA. The Company will drill 110 holes for a total depth of 7,000m, testing regional targets within the Karonie Project.

Alchemy expects to complete the drilling operation in 2-3 weeks with assay results anticipated by late-February 2022.

The targets have been generated using high-resolution magnetics undertaken back in 2021, multi-element geochemistry of historical bottom hole samples, and structural mapping done in 2021.

Multiple gold anomalies coincident with pathfinder anomalism in close proximity of key geological structures along the trend were observed during the re-assaying with multi-element geochemistry. The anomalies have not been adequately tested.

Alchemy believes that the historical drilling in the late 1990s and early 2000s either did not penetrate the younger calcrete cover or were widely spaced to be considered effective.

Karonie East is the target area of the ongoing campaign

The ongoing drilling is Phase 2 of the drilling campaign that began in April 2021. Phase 2 will focus on Karonie East, testing the targets delineated by the high-resolution magnetic survey flown over the project area. 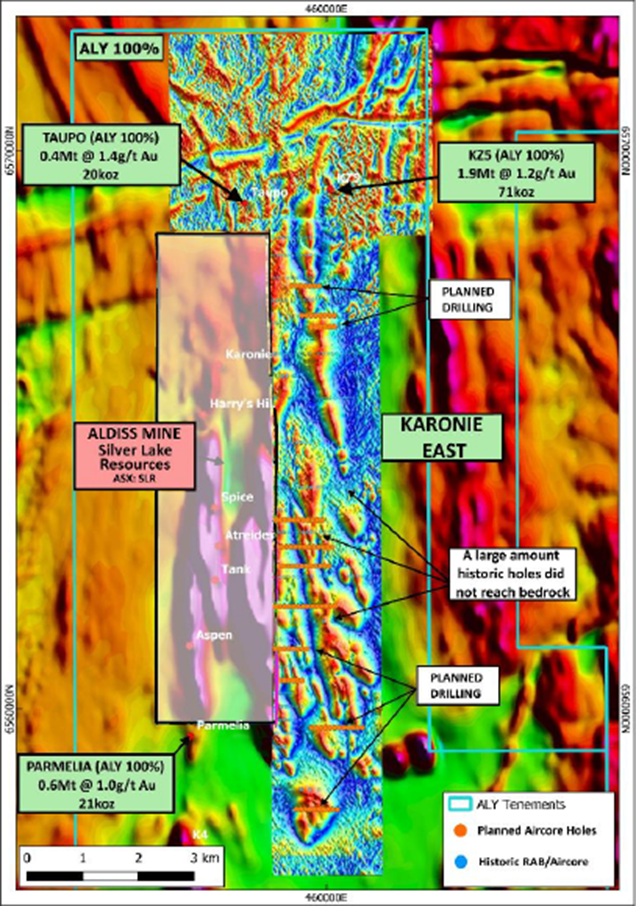 The test targets are spread across a 10km-long Karonie East trend. Alchemy had sampled the historic holes on Karonie East for multi-element geochemistry that resulted in gold anomalies over the key structures.

Phase 3 & 4 of the drilling campaign

Phase 3 of the drilling campaign, planned later during Q2-Q3, will drill test the targets on Western Brown and Gilmore. The Company has secured EIS Co-Funding for carrying out the drilling operation on these prospects. The approval from the EIS further validates the potential of the prospects.

Alchemy plans to drill test a greenfields target on the Western Brown prospect in the project area. The target was delineated recently during the field works. The target lies on the NE-striking fault corridor that disrupts the fractionated magnetic dolerites at the Gilmore prospect.

Phase 4 of the campaign, expected to start in Q3-Q4, will focus on the Challenger and Esplanade South prospects. The Challenger prospect hosts fresh rock mineralisation, and a significant Au-Bi-Mo-Te-W-Sb anomaly has been outlined by aircore drilling.

The Challenger South target is the extension of a high-Fe quartz dolerite sill observed at the Challenger prospect. A NE-striking fault corridor disrupts the area.

The Company believes that historical drilling over the area was too widely spaced to define tight lode mineralisation. 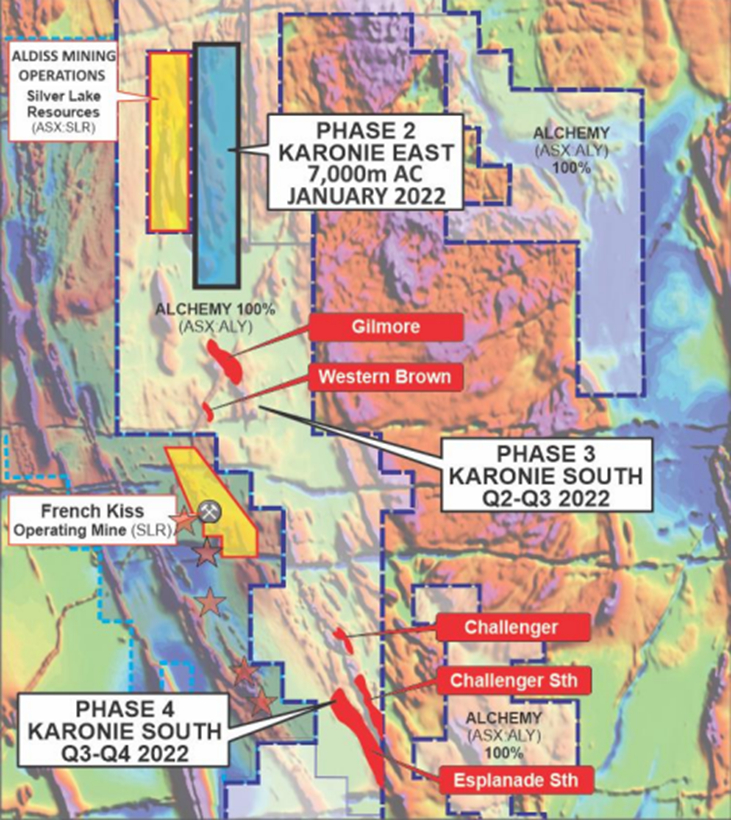