Zenith Energy Limited (ASX: ZEN) is a company from the Utilities sector and is specialized in personalized off-grid power generation and service models. On 5 June 2019, Zenith Energy Limited provided an update to the market related to its Purchase Agreement with Gascoyne Resources.

Under the Power Purchase Agreement (“PPA”) between Zenith Energy Limited and Gascoyne Resources Limited (ASX: GCY), the company provides energy to GCY at its Dalgaranga mine site. The company acknowledged the formal advice to the market as well as the creditors that the Administrators (FTI Consulting) have specified their intention to continue to operate Gascoyne on a BAU basis (business as usual) while they look for recapitalization options. The administrators indicated that the company would be paid for providing energy during the review period as per the terms and conditions of the Power Purchase Agreement (PPA). The company will continue to look for options under the Gascoyne PPA and will update the market in case any information is available.

The assessment of the company of its exposure to the possible outcomes of the Gascoyne Administration can have four potential outcomes as per the requirements of its PPA: 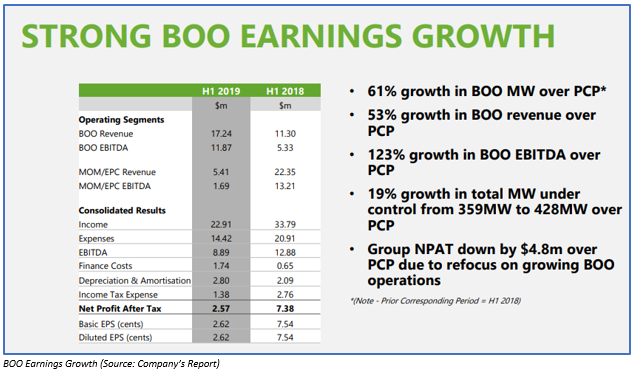 The balance sheet of Zenith witnessed an increase in the net asset as a result of a rise in the total assets. The total shareholders’ equity for 1H FY2019 was $46.798 million.

During the period, there was a significant cash outflow of $ 48.62 million through the investing activities of the company. The primary driver of the cash outflow was the payments of property, plant and equipment.

Further, the company reported a fall in the cash inflow from the operating activities as compared to the previous corresponding period. The receipt from the customers declined from $33.368 million to $25.286 million.

The company raised $44.624 million from borrowing and repaid borrowing of $2.185 million as well.

By the end of 1H FY2019, Zenith Energy Limited had net cash and cash equivalent worth $0.814 million. 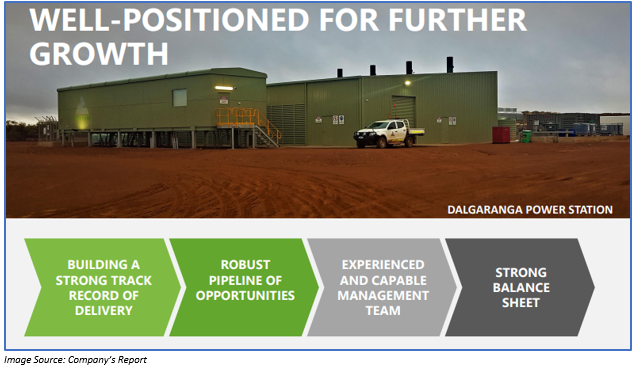